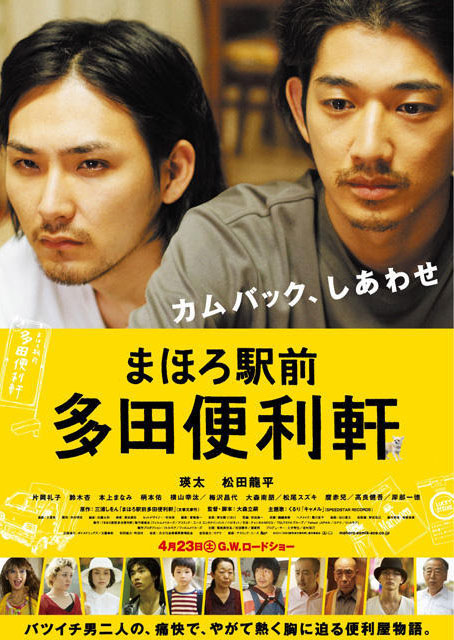 In the fictional Tokyo suburb of Mahoro, Keisuke Tada (Eita) works as a "benriya" - a general problem solver for hire.

One day in January, former classmate Haruhiko Gyoten (Ryuhei Matsuda) appears unannounced. Back in their schooldays Haruhiko was a quiet person who rarely talked. Now, Haruhiko is talkative. Both men are over 30 years old and divorced. Without giving an explanation, Haruhiko suddenly asks to spend the night at Keisuke's home. Keisuke turns down Haruhiko, but Haruhiko is persistant and finally Keisuke allows him to sleep over for one night. What Keisuke is unaware of is that Haruhiko plans to stay for more than one night. Eventually, Keisuke accepts Haruhiko as his assistant and they become involved in various cases involving an assortment of people from different walks of life. 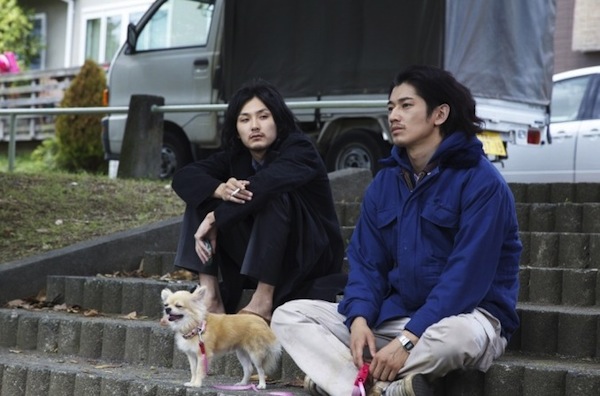 loveit Sep 16 2016 7:22 am I watched this movie and drama 3rd times and never bored. btw anyone knows the ending song of Mahoro Ekimae Tada Benriken?