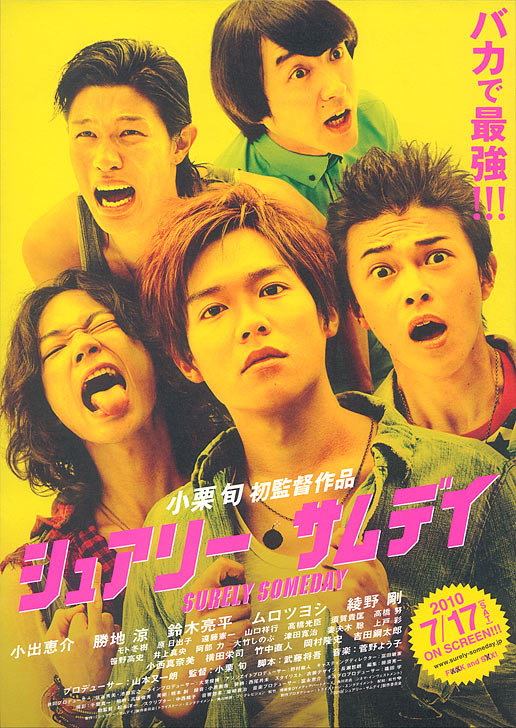 Takumi (Keisuke Koide), Kyohei (Ryo Katsuji), Hideto (Go Ayano), Kazuo (Ryohei Suzuki), & Yuki (Tsuyoshi Muro) are five friends who form a rock band to perform at an upcoming school festival. When the friends learn that the festival is cancelled, they threaten to blow up the high school unless the school's administration reinstates the festival. The vice principal agrees to their demand, but the friends find themselves unable to stop the timing device on their homemade bomb. The classroom in which they are barricaded then blows up and so does their hopes for a bright future.

Three years later, Takumi & Kyohei walk down a street and witness a blond haired woman hit by an oncoming car. When they run down to the scene of the accident, they see the blond haired woman remove a pistol from the driver of the car and then drive off with his car! To Takumi and Kyohei's further amazement, they realize that the driver of the car is none other than high school pal Kazuo who now works for the yakuza.

Later that day, mob boss Kito (Kotaro Yoshida) walks into Takumi's workplace and looks for Kazuo. Before leaving, Kito threatens to kill Takumi, Kyohei, and their families if they don't return 300 million Yen and a prostitute (Manami Konishi), he believes they may know, by tomorrow. The longtime friends must now frantically search for the prostitute and the 300 million Yen ... 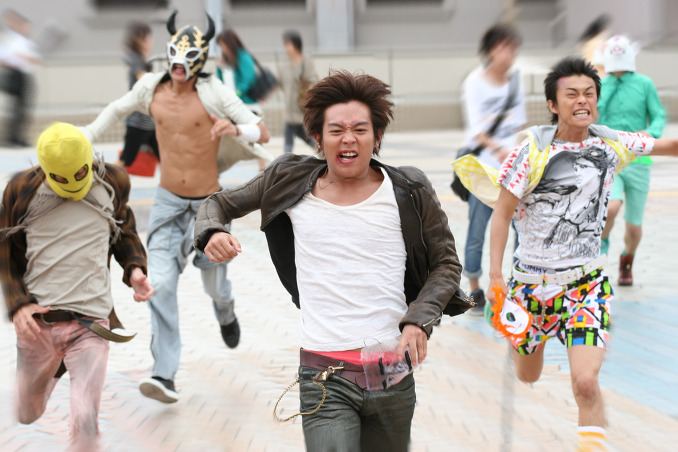 Simon Aug 15 2012 10:03 am Just saw a trailer for this. It seemed to consist of a lot of petulant yelling and what can only be described as scenery chewing.

Watched "Surely Someday" at this year's PiFan (Puchon International Film Festival). The highlight wasn't the movie itself, but getting an opportunity to see actor and now director Shun Oguri live in person. Yep, Shun Oguri appeared after the screening of the movie for Q&A. Honestly, the atmosphere before his appearance reminded me more of a rock concert - there was a whole lotta excitement in the air (the ratio of women to men at the screening was probably 10:1 in favor of the girls).

How was the movie itself you ask? There certainly was a palpable feeling of energy, honesty and naiveness which reflects well on the film as it attempts to depict the feelings of a group of youths. With that said, the movie recalls a lot of hip noir'ish films from the recent past like Lock, Stock, & Two Smoking Barrels, Pulp Fiction and what not. So in that regard, the movie was hindered by a lack of originality, but it was mostly negated by the energy exhibited by the actors and I'm sure the director. The film set was probably a riot throughout the filming and you can tell the actors had fun. There isn't anything particularly special about the film, outside of the movie being Shun Oguri's directorial debut, but it does provide for fun moments in spurts.

Sephiroth87 Jul 31 2009 3:09 am They were filming today in front of Ueno Station... There seemed to be 4 guys, i think the protagonists, with make-up as if they were beaten up badly, and a group of people looking down in the street shouting at something... Nothing really useful I guess xD