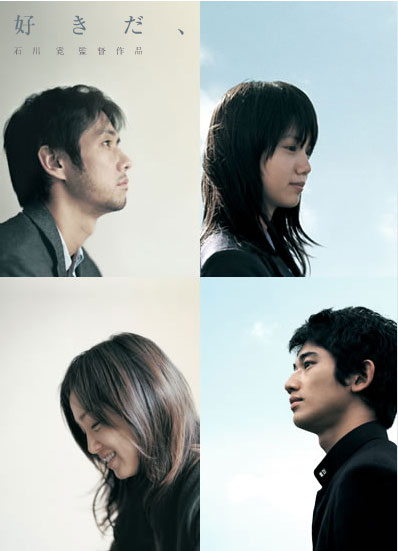 Two kids meet near a floodgate after school. Yu is a shy 17 year old girl who sits down next to Yosuke as he plays his guitar. Yosuke recently gave up playing sports and has devoted himself to playing the guitar. He only plays a few lines over and over, as he tries to make a song from what he feels. Their relationship progresses tentatively as they both have difficulty in expressing their feelings and thoughts. One day Yu takes the initiative and kisses Yosuke. Yosuke responds by picking up his guitar and going home. Years later Yu wonders, “Why did I cry? Why didn’t I stop crying? Why?”..while Yosuke wonders “Why did I run away from you that time?”

Fast forward seventeen years later. They haven’t seen each since their days in high school and now have moved on with their separate and empty lives. That is until one day they randomly meet during an audition. They agree to go out together after work for drinks. As the evening turns into the early morning, they are still awake sharing memories of their high school days. After 17 years Yosuke finally kisses Yu. Yu starts to cry again and they soon go to visit her older sister.

The next day Yosuke decides to call Yu and make good on a promise he made to her 17 years ago, that is he would play her his song when it is completed. Yu agrees to meet him again and Yosuke goes home to get his acoustic guitar. While on his way to meet Yu, fate deals a strange twist to their plans, perhaps this will be the moment where they can finally say “Sukida.” 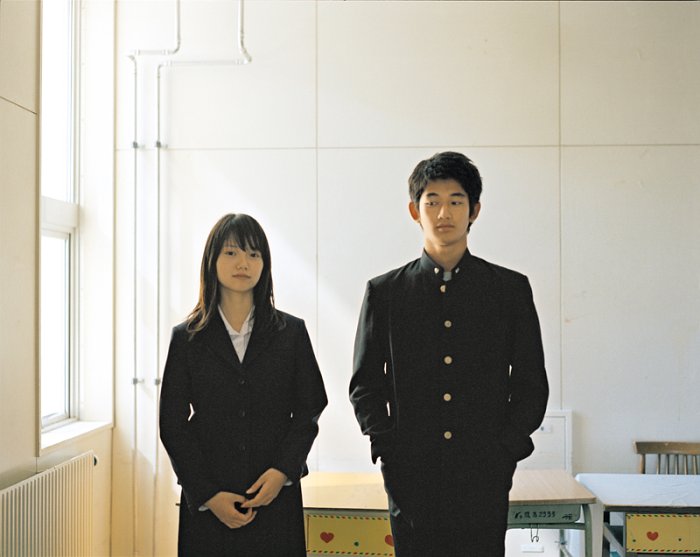 Gale Sep 18 2012 3:10 pm Actualy this is one of my favorite movie ! there is not much talking in this movie and it has a slow pace development ! awkward feeling and the stiffness between two person in love that suffer much enough from problem in their own daily life feels so real and nice The movie ending is realy simple but meaningfull !

Can anybody help me to suggest another movie like this ? i prefer the japan movie !

lola Apr 10 2011 7:26 am watching it made me frustrated because the movie felt so real. i just felt so sad that life was indeed that difficult. it brought out the ''real'' side to life instead of all the typical girl meet boy, fall in love stories.

I think its worth a watch if you like the silent, still kind of movie.

It was boring at times but I am also a sucker for high school romance, so I got through it.

The ending was a good mood-lifter for me, and it inspired me a bit.

Ki Jan 30 2011 10:25 am Two things jump out in my mind when I think of the movie “Sukida.” The scenes of the 17 year old Yu and Yosuke sitting by the river with the guitar lines being plucked over the ambient sounds of their surroundings (wind, water, insects) was damn near sublime. I could have watched those scenes on repeat over and over again. The other aspect of Sukida that I recall the most was the very slow pacing of the film. This was more apparent in the second half of the movie when the movie shifted to Yu and Yosuke as adults.

For the first half of the film, the movie focused on Yu, played wonderfully by Aoi Miyazaki, along with her older sister and Yosuke. Yosuke knew of Yu’s older sister and may have had a crush on her at one point or maybe Yu just thought that, but whatever really existed, the tension & curiosity between the characters gave the film an added element of reality. The scenes by the floodgate, as stated before, were simply amazing and should be seen. A problem I did have with the camera work was during the moments when the camera zoomed in on one character and the other character would walk off screen, but would still be involved in that scene (the first kiss scene as an example). What was Yosuke doing when he stood in front of Yu?

The second half of the film turned darker as the focus of the movie shifted from Yu to Yosuke. As Yosuke’s adult feelings were revealed, you realize that he suffered through a lot more as child than what was revealed in the first half of the film. Yosuke would state that, “I can’t remember the last time I liked myself.” That is until he meets Yu again. Yu suffers from her own inner turmoils as well, primarily the guilt over her older sister and the rejection she felt from Yosuke 17 years ago. During the final sequence when Yosuke was on his way to meet Yu, life dealt another shocking and hard to understand “why?” occurence to Yosuke. As the movie ended I didnâ€™t question it so much, because I was so enamored with the ending. “Sukida” indeed.

Sukida is a slow, quiet film with characters that are filled with sadness & depression. If you give the movie a chance to resolve the issues it brings up, a positive message of hope & happiness emerges which was an unexpected surprise. That guitar melody will now be stuck in my head for at least the next 7 days.