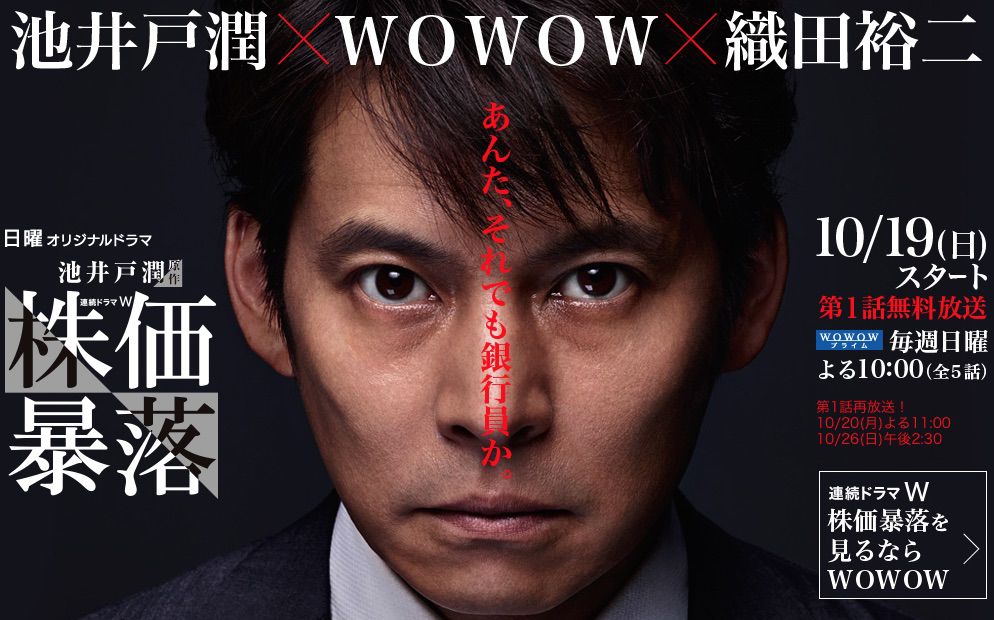 Hiroshi Bando (Yuji Oda) works as a credit officer for a large bank. At the bank, opinions are divided over whether an additional loan to a giant supermarket chain should be approved. Hiroshi opposes the loan due to the supermarket's non-existent efforts to restructure.

Meanwhile, Vice President of Planning Department, Tetsuya Ninohe (Masanobu Takashima), insists on approving the loan. He believes if the supermarket goes bankrupt than it will effect the bank itself. Also, Tetsuya has a strong dislike of Hiroshi. Tetsuya then devises a scheme that will get Hiroshi in trouble.

Detective Hiromitsu Yaen (Itsuji Itao) begins to suspect a young man named Ko Inunaki (Koji Seto) as the bomber. Ko Inunaki was at the scene of the crime.