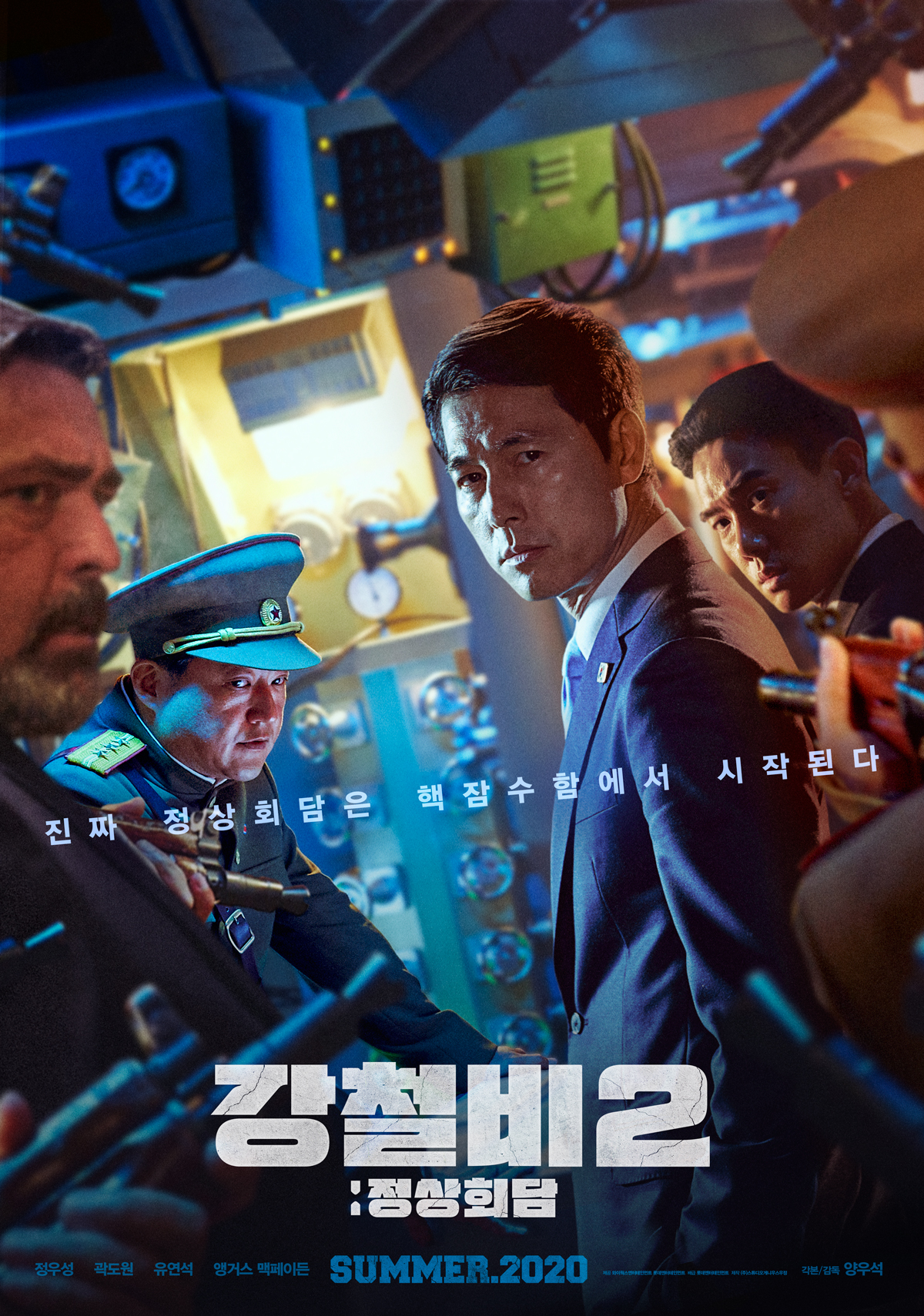 sgt_doom Nov 13 2022 1:05 pm Very entertaining movie with clever scripting, although I thought the portrayals of the North Korean chairman and American president were farfetched (Trump doesn't cuss that much!!).

Kim Yo–Yo, sister of Un, did not like this movie and gave it three thumbs down (she has a freakish number of thumbs???)!

The only things they share is 1. The Title 2. The North-South Korea conflict issues 3. Some actors (though playing different characters) 4. Premise of coup in North Korea 5. Resulting warfare/action

Shlaa Oct 31 2020 11:49 pm Woaa so interesting how they used the same male leads but totally switched their characters! I was hoping they kept JWS alive for this sequel as their bromance was great.. nevertheless I get to see JWS again here so I guess it's a consolation. Can't wait to watch this!

Grace Oct 31 2020 8:56 am they changed the characters for the two main characters? that's really nice! at least jung woo sung is alive in here. i was really sad in the first season :<. i will give this a try!

Louise Sep 21 2020 7:36 pm I like the first movie more than this one. And since Jung woo sung and Kwak do won are really good actors, this movie is not that bad. But I did not enjoy it. The US President in this movie was pretty much like Trump but I didn't like the way he was portrayed in this movie. Too much of a jerk.

Not Disappointed Aug 25 2020 10:45 am Although it's not a sequel, there are reprising actors but have their roles reversed in this second instalment.

If you love politics or naval warfare or watching how a certain comedic american president acts like, this movie is for you.

wow Aug 20 2020 4:02 pm This movie was disappointing it was more of a political thriller with caricature of current politics and has no correlation to the previous movie.

Di Jul 20 2020 10:17 pm I think there's no correlation between the first and the second movie. Their characters are totally different. I hope they will lauch this movie in my country!!!

what happen ? Jul 20 2020 9:17 pm wait, so the supreme guard leader from North Korea defected from South Korea? did he leave the top position in blue house just to become a slave for North Korean leaders? Damn

And someone from North Korea suddenly become a president for South Korea? Whattttt

Sol Jul 12 2020 11:10 am I thought its gonna be sequel for the first one ㅜ_ㅜ...no more bromance i guess But anyway still excited to see them

Lee Dae Hyun Jun 17 2020 8:27 am literally the main characters are twisted! Jung WooSung as the south korean president and Kwak Dowon as the rebellious north korean guard chief! Will miss the bromance between these two from the previous movie ╥﹏╥ Looking forward to Steel Rain 2! very excited ⚈͒◡⚈͒