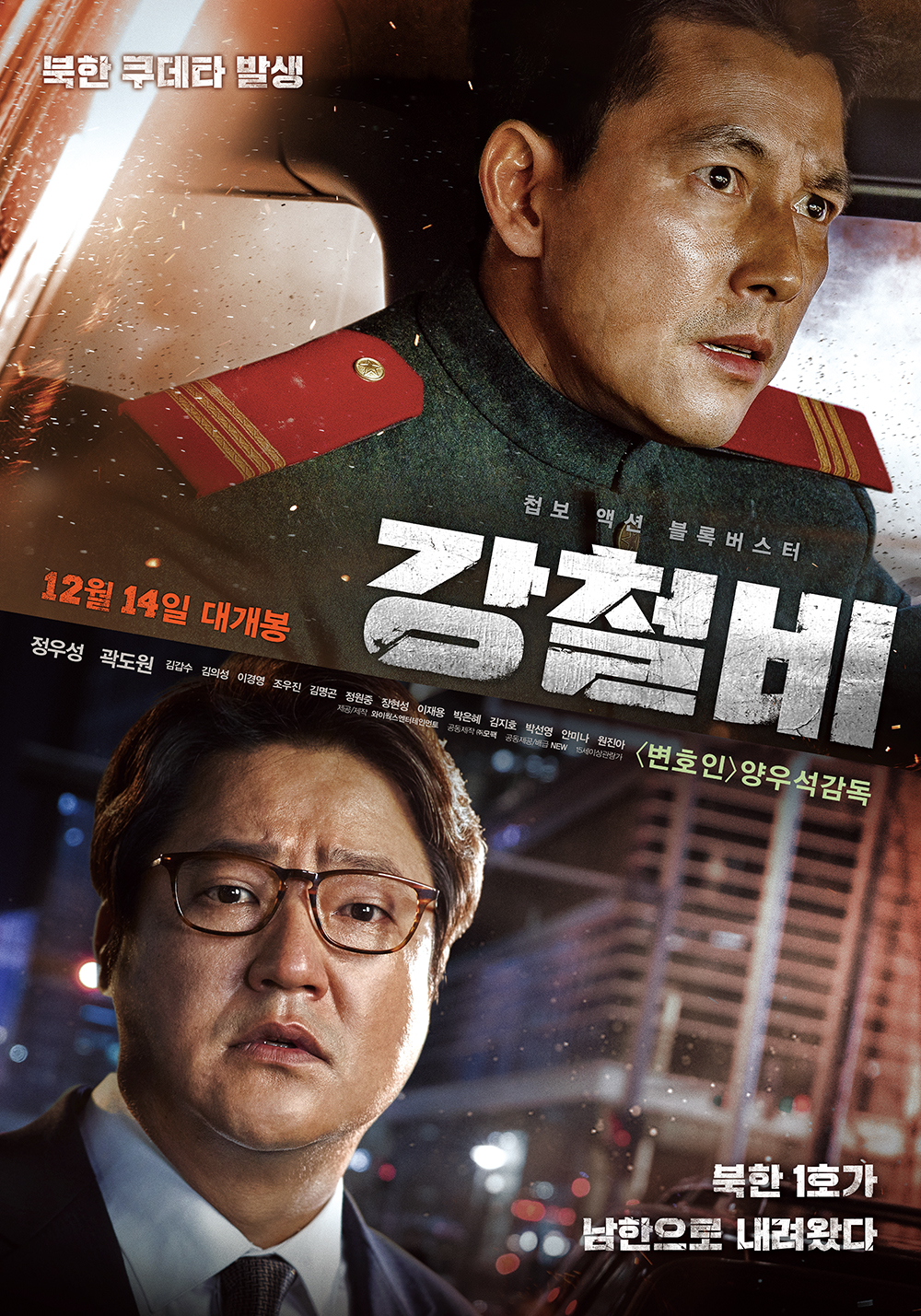 Eom Chul-Woo (Jung Woo-Sung) is a former top agent of North Korea. He is tasked by high ranking military officer Ree Tae-Han (Kim Kap-Soo) to kill two men who are closest to their leader. Eom Chul-Woo is informed that the two men are planning a coup and he accepts the assignment. While waiting for his target to appear during a public appearance by their leader, bombs suddenly land upon the crowd. Rogue North Korean soldiers descend upon the area and shoots at anyone still moving. During the chaos, Eom Chul-Woo risks his life to take the wounded North Korean leader to safety.

Meanwhile, Kwak Chul-Woo (Kwak Do-Won) is the chief of foreign security affairs in South Korea. He hears of an active coup taking place in North Korea and learns that the North Korean leader had made his way to Seoul.

hya Dec 05 2021 7:13 am A masterpiece !! at first I thought this movie would be boring, but I was wrong. things got more interesting as soon as they're in sk, and the friendship between the two chul woos was really touching especially towards the end of the movie

Lorella Masseria Jun 28 2020 11:14 am Beautiful, intense, engaging and moving: in a word unmissable!

watcher Nov 15 2017 7:54 am I really hoping this film will top the box office, but they will release it on the same day with "With God", so it will be a strong match between 2 films. Hope they going well, just like "The King" & "Confidential Assignment" early this year, which that 2 films release in same day, but the 2 going very well in box office

Lizzy Dec 28 2016 12:01 pm I'm SO excited about this combo, seeing as they worked together recently in Asura. I *HAVE* to see any and every movie JWS is in, I adore him. He's easily one of my favorite actors.