Song of the Prince 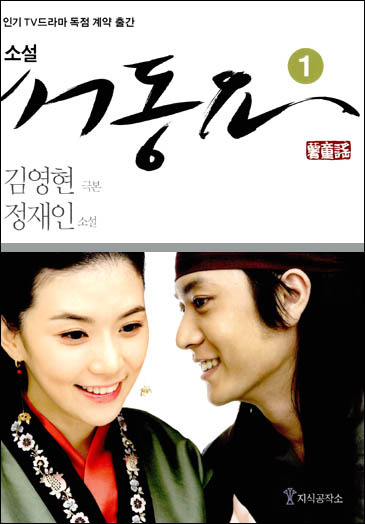 “The Ballad of Seo Dong” was a song that was used by an ambitious young man called Seo Dong to marry a beautiful princess called Seon-hwa 1400 years ago. Seo Dong’s real name was Jang (璋) and he later became the 30th King of Paekche who was called King Moo.

He was a talented person who had the makings of a great leader but he made a living by selling horses as a youth. The commoners simply called him Seo Dong. After hearing about the remarkable beauty of Princess Seon-hwa, who was the third daughter of King Jin-pyeong of the Silla Kingdom, he shaves his hair to disguise himself as a Buddhist Monk and slips into Silla to take her as his wife. He befriends the children in the capital of Silla by giving away horses and teaches them a simple song.

The name of the song is the Seo Dong song. Word of the scandalous song soon reaches the royal palace of Silla, and the princess is exiled to a faraway place. The queen gives the princess a bar of gold before she is exiled and during the princess’s journey, Seo Dong appears and persuades her to follow him. Though the princess has no idea where Seo Dong was from, she thinks it would be nice to have a friend on her long trip and follows him. The princess takes a liking to Seo Dong because he proves to be trustworthy and they eventually get married. Later, she learns that his name is Seo Dong and realizes how a simple song brought them together.

dido Apr 07 2018 4:29 am i really really liked and loved it..jo hyun-jae and lee bo-young had a great chemistry that made up a great love story..loved them both here..full of funs and adventures..i liked lee bo-young's funny and bubbly character here..i thought it's only a light story because of the title but it turned out the opposite..also the synopsis..i was totally amazed..congratz to all the casts and crews..to the great director and genius writer..4 thumbs up.. <3<3<3

GG Nov 16 2016 6:08 pm I'm finally watching this drama which is 15 years old and although I love the story and cast, whoever did the subtitles should NEVER have been in that field. Worst I've seen in any historical drama and I don't mean the archaic expressions but the spelling, transposition of letters and overwhelming misuse of English prounouns throughout the drama was unbelievable! I guess 15 years ago English-speaking audiences were not as common as now but this was the hardest drama to comprehend due to the inadequacy of the subtitling. Had to get that off my chest.

wycena pzycjonowania Mar 10 2015 2:12 pm I have learn some excellent stuff here. Definitely worth bookmarking for revisiting. I wonder how a lot effort you place to make one of these magnificent informative web site.

kdrama fan Mar 10 2015 5:19 am What a great love. Sun hwa was a great lady - very spunky and definitely a great help to the King. Glad that he appreciated so much and stayed true to her despite having so many lady fans!!

Jammer Sep 11 2013 4:38 am I like this story, specially the two princesses, I just can't figure out the stupidity of kim doham, until the end he's asking what wrong he did or what crime he did, he is so pathetic that he never understood his wrong doings despite being a doctor :)

SCLM Feb 03 2013 2:27 pm I absolutely totally agreed with what Dana's comments, such a good good piece of drama ,rich plotting and strong of love between two main character to enrich your soul, very good flowing that you never feels bore, thanks to the writer for this good piece but please next time with a good ending , my heart broke at the end......viewer from Canada.

Kerry Dec 02 2012 6:47 pm beautiful drama..very good acting..Lee Bo Young makes the prettiest princess ever..this drama will be forever etched in my heart..I cried so much at the end..y did the writers let her die..I dont know of anyone who loves a sad ending when it doesnt make sence. I find this happens in most korean dramas.. writers please we love happy endings too.

Dana Aug 31 2012 9:50 pm I absolutely adored this drama. The main characters were wonderfully sincere and heart-warming. They were also more mature and complex than those of more popular, lighter K-dramas. I was also hooked by the story and thought that it flowed very well. I wish this drama were less obscure and more recognized for its high quality.

Andreea Jul 19 2012 5:50 am I definitely think the historical drama Seo Dong Yo/Song of the Prince / Ballad of Seo Dong is one of the best korean drama.The story,the acting,the filming locations,the music are absolutely remarkable. (^ . ^)

Ellen Ardhanareswari Jun 01 2012 8:55 am I like you action Wwoooww...it's very well ...very God ....my fraind;The all man and woman in the episide it's very well,evry time I am always want see You'er action broow

Ismail Kalil May 01 2012 3:54 am My favorites. I spent hours watching, glued to the monitor. A lot of moral lessons one could learnt.

pig rabbit Jul 09 2011 8:53 am now in lds( television of drama) starting turned song of the prince, i thing the story very complicated and this is make me very nervous if i watching it. but from all i like this drama. thank's

sudirmanjak Jun 21 2011 9:12 am i really interested in watching this drama. i hope i and my wife will see this artist someday if i have much money i hope so. nice to see all of you from indonesia west kalimantan