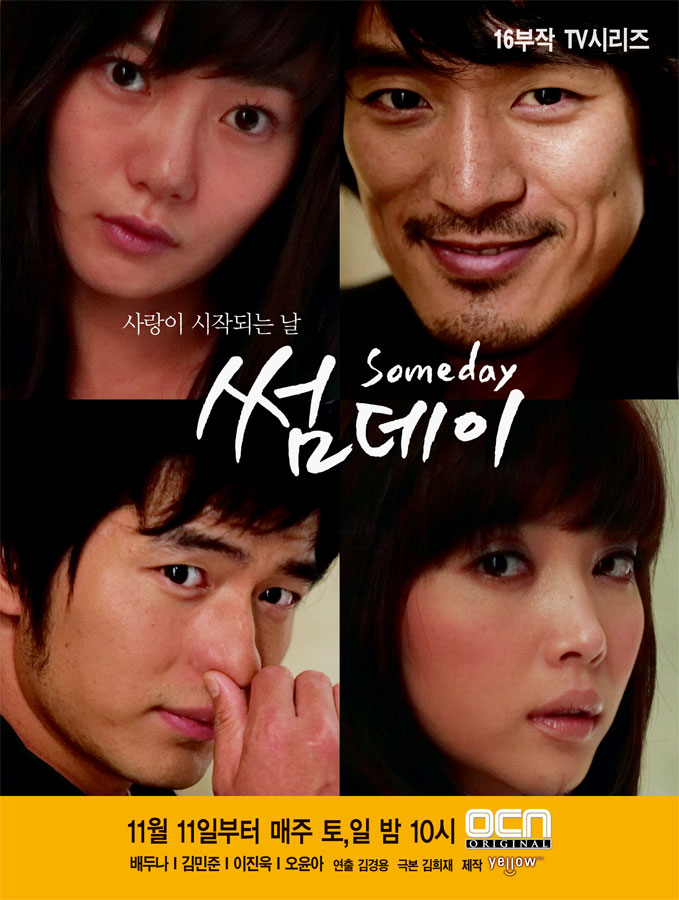 Japanese manga artist Hana Yamaguchi (Bae Doo-Na) believes eternal love is a fairy tale like device made by people. When an elderly street sweeper dies, she learns of a love between him and her neighbor that lasted sixty years.

Hana faces crisis when her new comic is canceled. Hana's grandmother secretly prepares a trip for her and gives her a plane ticket to Seoul.

After Hanna arrives in Seoul, she decides to search out the history of the elderly street sweeper Young-Kil and her neighbor Kumiko. She then contacts private detective Suk-Man (Lee Jin-Wook). Hana goes to a hospital where Suk-Man is staying.

When she arrives Suk-Man is with Dr. Jin-Pyo (Kim Min-Jun). Jin-Pyo is a big fan of the comics written by Hanna and feels favorably towards her. Hana rejects Jin-Pyo's favor and leaves to find the story of Kumiko and Young-Kil.

Meanwhile, Jin-Pyo feels jealousy that he has never experienced before. Jin-Pyo's friend, animation PD Hye-Young (Oh Yoon-Ah), becomes interested in Suk-Man, who has an innate talent to create stories.

CWA Dec 22 2020 8:30 pm @Christina - I feel you! So great you could purchase it on DVD, I know how hard it is... the originals are pretty expensive :( But it's definitely worth it, one of the best drama series out there!

Young Lee Jin-wook is adorable, but we can't forget Oh Yoon-Ah - so brilliant!

Kris Feb 13 2018 12:12 am Had actors from various other series. Alone in Love, Childless Comfort, nine times travel, of course cloud atlas. Liked the storyline was quite different and no evil mother in law’s!

Christina Aug 02 2017 7:21 pm I only got a chance to watch this drama twice before it was removed from every Korean drama streaming site in my region. So I managed to get a DVD set on ebay. I will never get tired of this drama, I've watched so many but this one was on a different level entirely. The music, the actors, the story.. SO different. This is going to be my go-to comfort drama for the rest of my life.

Kaiamar Jan 07 2016 5:56 pm I love Bae Doo-Na in Sense8. Now I'm watching her other work. Very impressive actress. So glad I found this series. It is much better than the usual drama tropes.

Spazio Mar 25 2015 7:17 pm Hi...I do not really watch korean drama but this is my first and can say this is good, the story is not boring for me, quite enjoyable wiith the nice actrees too, thank you from somewhere in Myanmar:-D

Gasenadi Jun 14 2012 10:22 pm There are sooo many other wonderful actors in this moving drama that are not mentioned. Who played Jin-Wook, but more importantly, his courageous, doting, loving parents? Who portrayed Hana's grieving mother? Okay, maybe not ALL the residents of the 5-star nursing home, but Pres. Oh's heartthrob, Mrs. Han? Not to mention the stars of the comic "Someday", the elderly couple? Wonderful message in this drama. Bae Doo-Na, Kim Min-Jun, Lee Jin-Wook and Oh Yoon-Ah are great in this piece that's a bit mystery, psychological thriller, and romance. (Does Kim Min-Jun EVER get a partner?)