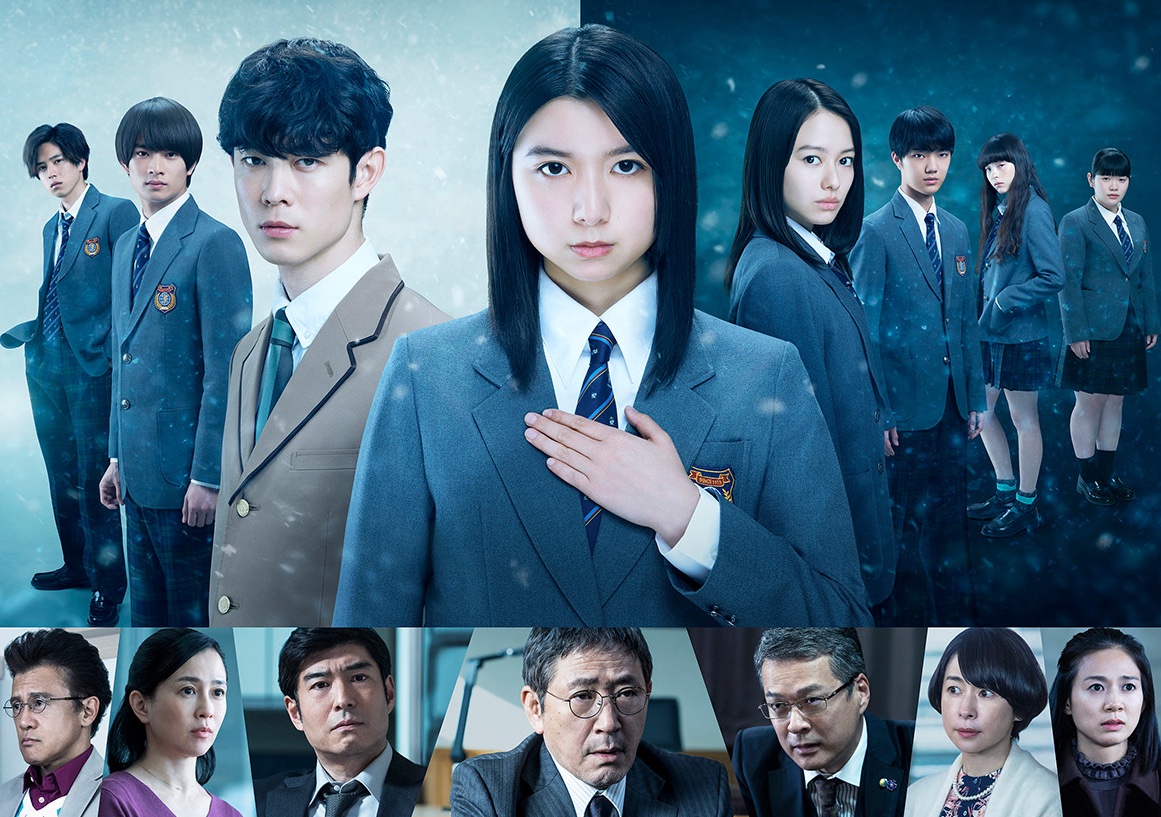 Ryoko Fujino is disturbed by people's reaction to Takuya Kashiwagi’s death. She asks for a trial and an unprecedented school trial begins.

Grandmalee Dec 05 2021 9:52 pm I can't compare this tv dramatization to the original novel because I haven't read it. As tv entertainment, the early part of the series is interesting, with much room for speculation as to who the culprit is for causing the student's death, if indeed it is not suicide. The students decide to hold a trial to find out the truth, and that's when the series turns into a farce. Do the students know enough about what a court trial is, along with all the legal technicalities about procedure, law, etc. How can they even get through the process from moment to moment, or who and when to say what? It turns out that it's the director, film editor, and script writer, who do this work by arranging the shots rather than the students. It's too much of a mockery of the real thing, and I am surprised that the adults (principal, teachers, parents) are willing to go along. I just can't take it seriously.

Sawacchi Aug 08 2021 8:42 pm Why did they make another adaptation? The 2015 version is already so great, no need for another version. I don't think Moka can beat Ryoko Fujino. Anyway, good luck

Michan May 04 2021 3:15 pm The actress? i don't really like her Her acting is kinda over and whatsoever Anyway, good luck