Soar Into The Sun 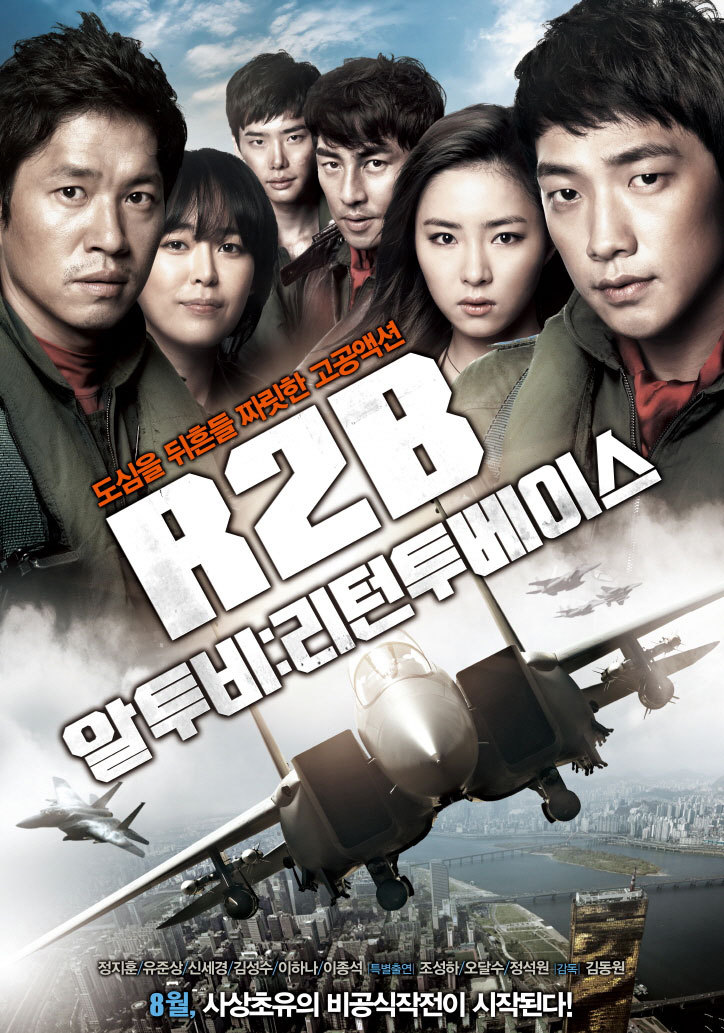 Tae-Hoon (Rain) is the youngest member of the elite flight team "Black Eagles," which consists of Korea's top combat pilots. Tae-Hoon is gifted pilot, but he is also a troublemaker, filled with curiosity and playfulness. One day, when the team puts on an exhibition at an air show, he ruins the exhibition. Afterwards, Tae-Hoon is kicked out of the "Black Eagles" and transferred to the 21 combat flight unit, which is led by Dae-Seo. Tae-Hoon begins to rely on Dae-Seo like a real older brother. Meanwhile, Tae-Hoon finds himself at odds with Cheol-Hee, who is rigid, and thought of as the best pilot in the 21 combat flight unit. Tae-Hoon prepares to take on Cheol-Hee in a flight contest. Tae-Hoon asks head of maintenance Se-Young (Shin Se-Kyung) for help. Then, up in the sky in Yeouido, an unidentified fighter plane appears, and Tae-Hoon, Dae-Seo, Yoo-Jin and Seok-Hyun must make a sortie..... 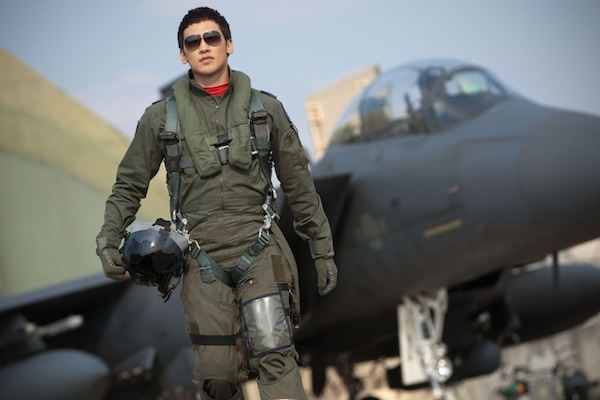 Excalibunny Aug 05 2014 4:00 am Great soundtrack, CGI and cinematography. Unfortunately the film suffers from a predictable plot and messy directions. Most of the action sequences on the sky are most thrilling to watch. However all the obvious foreshadowing ruined all the surprises of the show. I've watched enough movie to know that no happy couple would announced that they are getting married in the early part of a film is going to have a happy ever after. I knew either Dae Seo or Yoo Jin was going to die later in the story. Plus, when Min Ho gave a cheesy speech to the rookie, saying how his responsibility is to save the pilots, I knew it's gonna happen for real.

Clarkdale44 Mar 05 2014 2:32 pm WOW, i am impressed... I had to many worries before watching it. I hadn't watched anything like this before in korean. And the result is that i am truly amazed. It was totally worth it. I never got bored throughout the entire movie. It was an very great experience since the beginning scene. Great story, great effects with nice short romance between main leads.

9.8/10(For flawless concept, direction and cinematography.)

CiCI Nov 29 2013 7:29 pm I'm watching this mainly because of Lee Jong Suk since he just gets better and better. Rain is good too. The downside is having to put up with "one expression" (as usual) Shin Se Young. How she gets major parts I'll never understand. She's aways the same...dull. Anyway, it's a pretty good action Kdrama. Rain, stay safe.

Margeret Aug 07 2013 4:37 pm Boring movie.. cheesy melodrama which shouldn't be there at first place. Only fans will love it. Expected better from Korea.

Jesselle Jul 11 2013 3:22 am so happy to see Rain and Lee Jong Suk together in a film. i once saw an interview of LJS that he was inspired to become an actor after he saw Rain on the drama "Full House".. he said he wanted to be a good actor like Rain... Daebak!!

Tuete Nov 18 2012 8:01 am I really did like this movie. Rain was amazing as expected from him. However I still doubt the meaning of this movie. There are still conflicts between the North and South Korea, therefore I think they should have been more careful with the story. Maybe it's because I did watch this movie without subtitles and couldn't understand well. Will watch it again when I find proper subtitles.

hellohnin Aug 09 2012 10:45 am He is the one who can make a movie during the military service. and also the one who got to undergo service at the military channel as entertainer. moreover, the one who was listed in World's 100 of Influence. Proud of him. and whenever watching his movies, dramas, something stuck in my mind that he is a talented one. I love him since his FULL HOUSE and still supporting for him. Rain ya...Aja Aja!!!! :-):-):-)

Akira Oct 21 2011 3:40 pm Rain doesnt have to have a certain look hes an amazing performer amazing actor, i just love him i pray for your safety, and i guess im going to have to learn korean so i can watch this movie.

Jun-Yeon Jul 06 2011 6:37 am To Sandy Lee @ Sandy Lee: I don't think it will release in America because it's in Korean not English. In Korea, men have to fill their military duty which takes two years... T_T

Sandy Lee May 24 2011 1:59 pm I really would to see this but I doubt it has beleased. Will it be released in the states. I first discovered Rain in Ninja assasin. ( I can't spell.) He is the most beautiful man inside and out. I don't understand military duty? God bless you Rain in all you dream about. Be safe. Sandylee