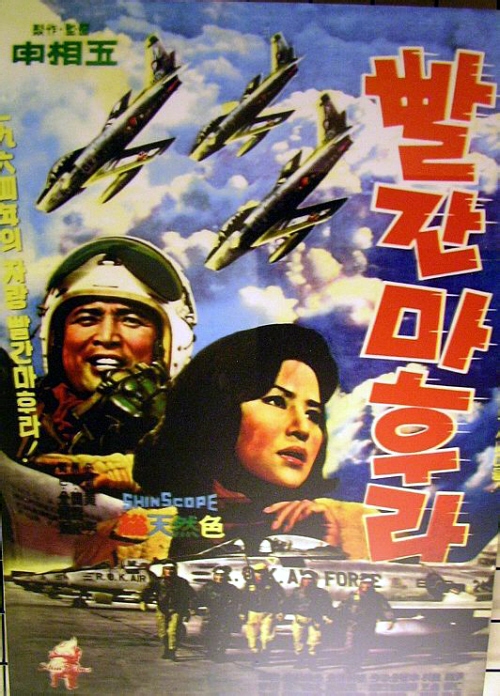 Towards the end of the Korean War in 1952 Ji-Sun (Choi Eun-Hee) comes to the city of Kangrueng to find work. In Kangrueng, Ji-Sun meets a pilot (played Nam Koong-Won). The pilot helps Ji-Sun and they become to love each other. Ji-Sun and the pilot get married, but not long after their marriage the pilot is killed in combat.

Squadron leader Na Kwon-Joong (Shin Young-Gyun) is a brave pilot. He steps in to help Ji-Sun, who is the widow of his close friend.

Ji-Sun, who is unable to support herself, is about to take a job as a hostess for a bar. Na Kwon-Joong persuades Ji-Sun to not take the job. Instead, Na Kwon-Joong recommends to Captain Bae (Choi Moo-Ryong) Ji-Sun as a potential wife.

Ji-Sun falls seriously ill during the time that Captain Bae visits her. With Captain Bae's helps she is able to receive better medical care and recovers. During this time they fall in love and get married. Captain Bae is then injured in battle. Na Kwon-Joong visits Ji-Sun and tells her that her husband is fine. Na Kwon-Joong then leaves on a dangerous mission to bomb a bridge connecting a North Korean military base ...

Reggie Dec 29 2012 4:06 pm Upon reading an article about R2B, the recent remake of this, I got very curious and wanna see it. Heck, I also thought that Tony Scott probably got the idea for "Top Gun" from this.