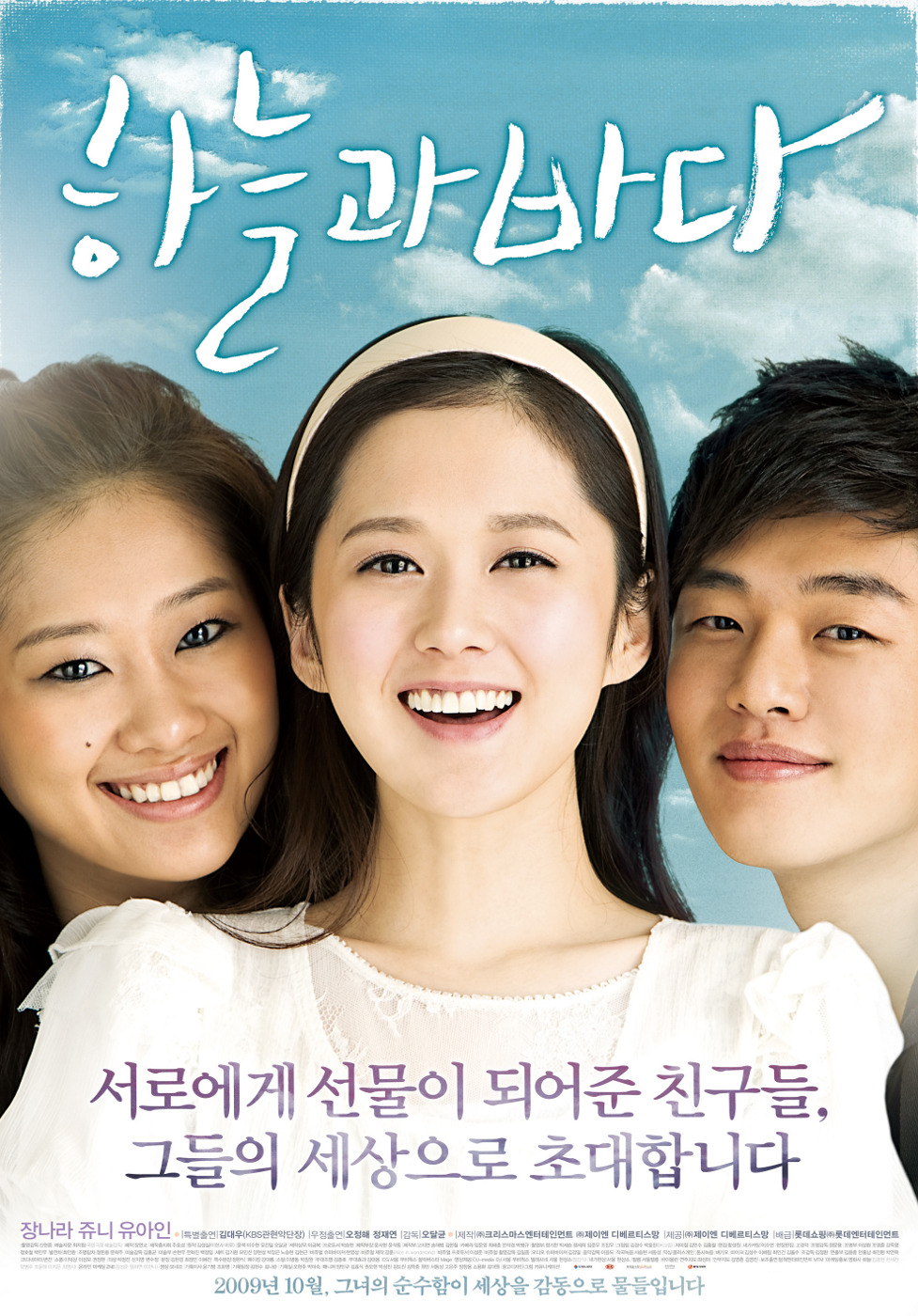 Ha-Neul (Jang Na-Ra) is a gifted violonist who stays at home mostly. Ba-Da (Hyun Jyu-Ni) was abandoned by her parents. Jin-Kyu (Yoo Ah-In) lost his parents at an early age and now delivers pizza. Through music, friendship, and love these three friends will learn lessons on life.

Trung Nguyen Dec 17 2013 3:18 am This movie is wonderful, but for only sweet people. I mean, it's obvious for you to see it has so much "cute and sweet" in there, but when you understand why Ha-Neul (Jang Na-ra) has struggled through orphaned and why she eats pizza and plays violin everyday, you will get its idea. It's perfect for the content, the music, and the characters. For me, it's a good idea for watching it again in to get the true meaning before attacking it. Skip over the scandals above, I think it's a great present for Jang Na-ra and our audience from her father, Oh-seong Ju.

Fukugi May 13 2012 4:36 am Ahhh, the media must be very regretfull by attacking this super movie. Ckckck

sak8ura Jan 31 2012 12:55 pm I watched the movie. I thought it was very touching and very meaningful. Cried a bit at the end. Would recommend. Jang Nara did a GREAT job portraying a person with a mental age of 6. GREAT MOVIE.

bjharm Apr 05 2011 8:13 am It is to be noted that Jang Nara won best actress in a foreign film in China for her role in Sky and Ocean, as well the film itself getting awards at overseas film festivals, so whatever the reason why it 'bombed' in korea it had little to do with acting or story but more to do with media attacks against ii...as was the reason stated by Jang Nara as to why it was pulled out of all Korean theatres after only two week, as a protest against those attacks.

RamenLover Nov 01 2009 8:09 pm Movie pretty much bombed at the box office this past weekend. 9,952 tickets sold on 224 screens. Hopefully it picks up viewers in its second week.

bjharm Jul 27 2009 4:02 am Like many I would think, looking forward to its release. The preview is said by one there 'Many people laughed a lot and cried a lot. Elements indispensable for a hit-making film.' Let hope it well be so.