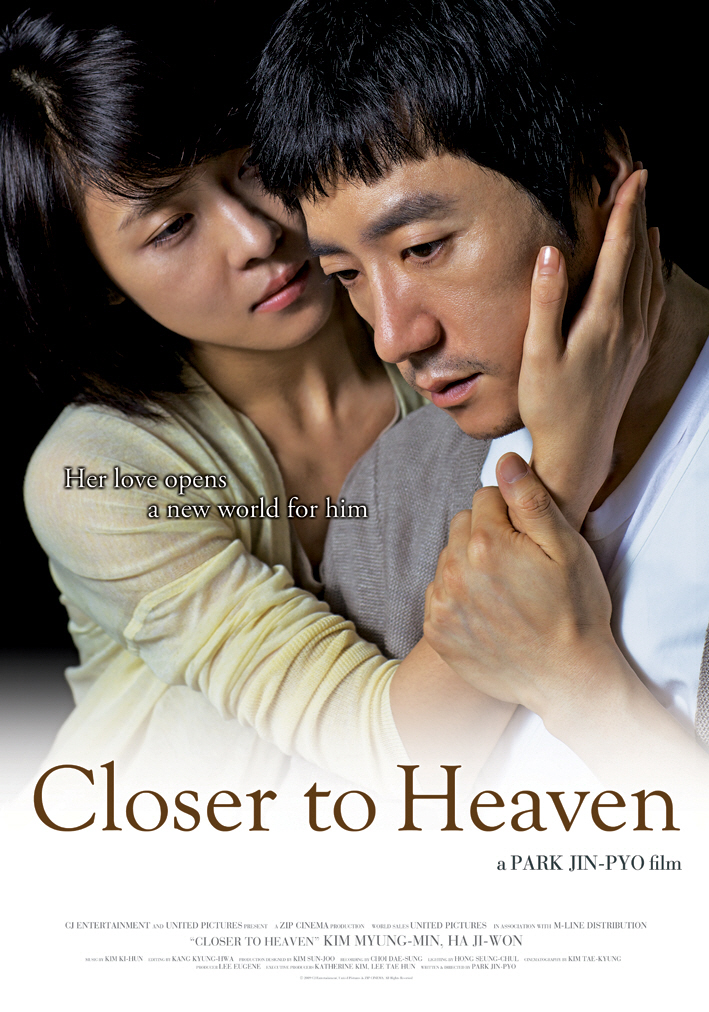 "Closer to Heaven" tells the love story between Jong-Woo (Kim Myung-Min) and Ji-Soo (Ha Ji-Won). Although Jong-Woo suffers from Amyotrophic lateral sclerosis (Lou Gehrig's Disease), he is still a bright and cheerful person. Ji-Soo works as a co-ordinator in a funeral home. She deals with death everyday and doesn't think twice about Jong-woo's disease. The couple then falls in love. 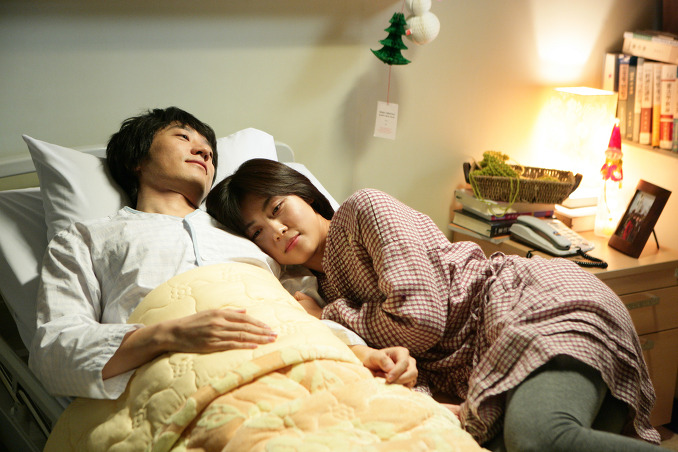 ceegee Feb 25 2016 6:12 pm Watching the trailer made me cry. What more of the movie. Gotta watch this! Wanna cry a bucket full.

Eskimo May 28 2014 10:16 pm A linear sad tale about the love of a dying man and a funeral manager. I love the set up of their character design because it really pays off much at the third act when Jong Woo started to feel like Ji Soo is treating him like just another corpse. While the story is character driven, it feels a little draggy along the second act. The ending is predictable, but the emotional scenes were very well executed by our two leads. While this isn't the best tearjerker, it did stirred up something in my heart, although just for a good few seconds (I am thinking about the scene where Jong Woo who can't speaks mentally told Ji Soo not to leave him alone with Jin Hee, because he knows Ji Soo will cry when she is alone. And she really cried as soon as she turns.) Another one else who wants to have a good cry and some warm fuzzy feeling can try films like A Millionaire's First Love, More Than Blue, Windstruck, A Moment to Remember and the more recent Miracle in Cell no. 7.

Clarkdale44 Jan 16 2014 11:07 am Well although the story is very beautiful and the ending is obvious, it felt more like torture. As soon as they got married, my heart was crying out loud that they will have to be apart.

nonsibi Mar 31 2013 9:01 am I watched again today... what a beautiful story, great actors, beautiful songs, beautiful lyrics. I do not understand Korean, but I trust the subs..

SisterB Nov 21 2011 12:31 pm What an absolutely beautiful love story. Even though you expected a sad ending, the wondering telling of a relationship between two people overshadows the sad ending. Great job by both actors!

MuKo Sep 01 2009 3:50 pm Of course Kim Myung Min will do A LOT better than Kwon Sang Woo. Who is kwon sang woo? You can't compare someone like him with a great actor as KMM.