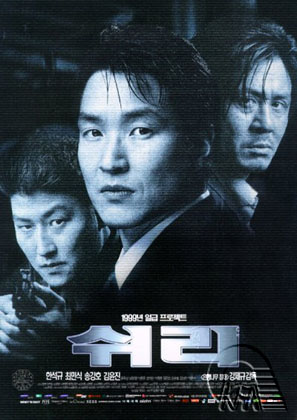 Locked in a fragile détente with its famine-wracked, communist neighbor to the North, South Korea lives in a state of constant national emergency. It is policed by a task force of special agents whose personal lives have withered and died as they root out infiltrators and sleeper agents, rush from crisis to calamity, pursue rumors of war and chase terrorists who vanish like ghosts. One particular phantom, a female North Korean sniper named Hee, has led agents Ryu (Han Suk-Kyu) and Lee (Song Kang-Ho) through a nightmare of burnt corpses and bloody crime scenes for ten years before suddenly vanishing. One year later she resurfaces, and with her comes a squad of North Korean commandos who have infiltrated Seoul and master-minded the theft of an experimental explosive.