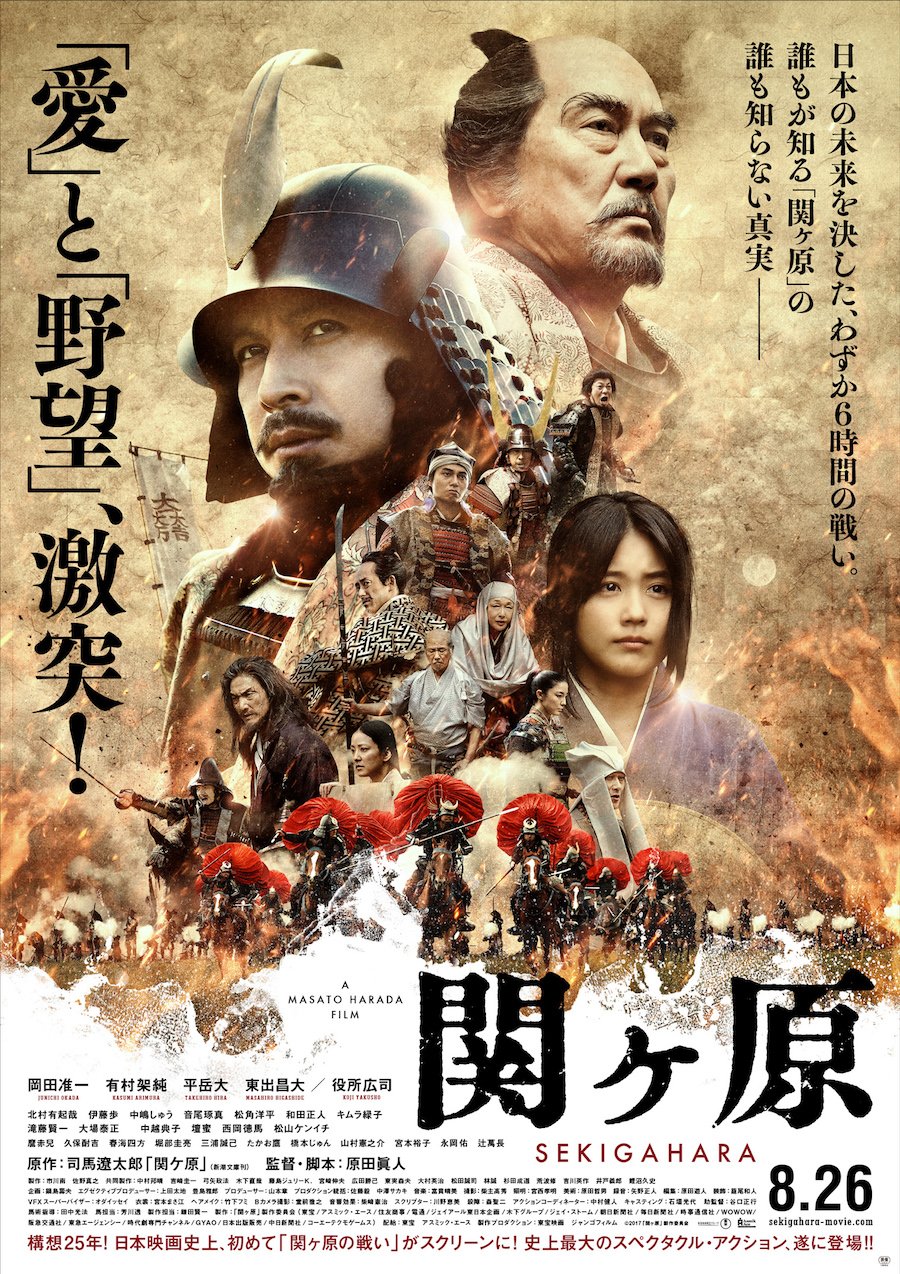 On October 21, 1600, the Battle of Sekigahara takes place that ends the Sengoku period and determines a ruler for the new era.

Even though the Western Army are believed to outnumber the Eastern Army, they take losses on the battlefield. A hidden truth exists. Hatsume (Kasumi Arimura) was sent to spy on Mitsunari Ishida, but falls in love with him.

Mlle Irene Mar 06 2017 10:38 pm But just recently, Ishida came off much more sympathetically in jdrama SANADAMARU. Whereas Ieyasu needs refurbishing after that drama's opposing viewpoint on Tokugawa, favoring the Toyotomi. Very interesting casting, agreed. Now if only L.A. could get a Japanese cinema like the Koreans have in CGV.

Mrmz Sep 10 2016 2:15 am Loool Okada Junichi played the titular character in Gunshi Kanbei and his character just hated Ishida Mitsunari XD + Mitsunari was vilified in that drama. How will Okada's take be in this movie? Anyways I just can't wait!!