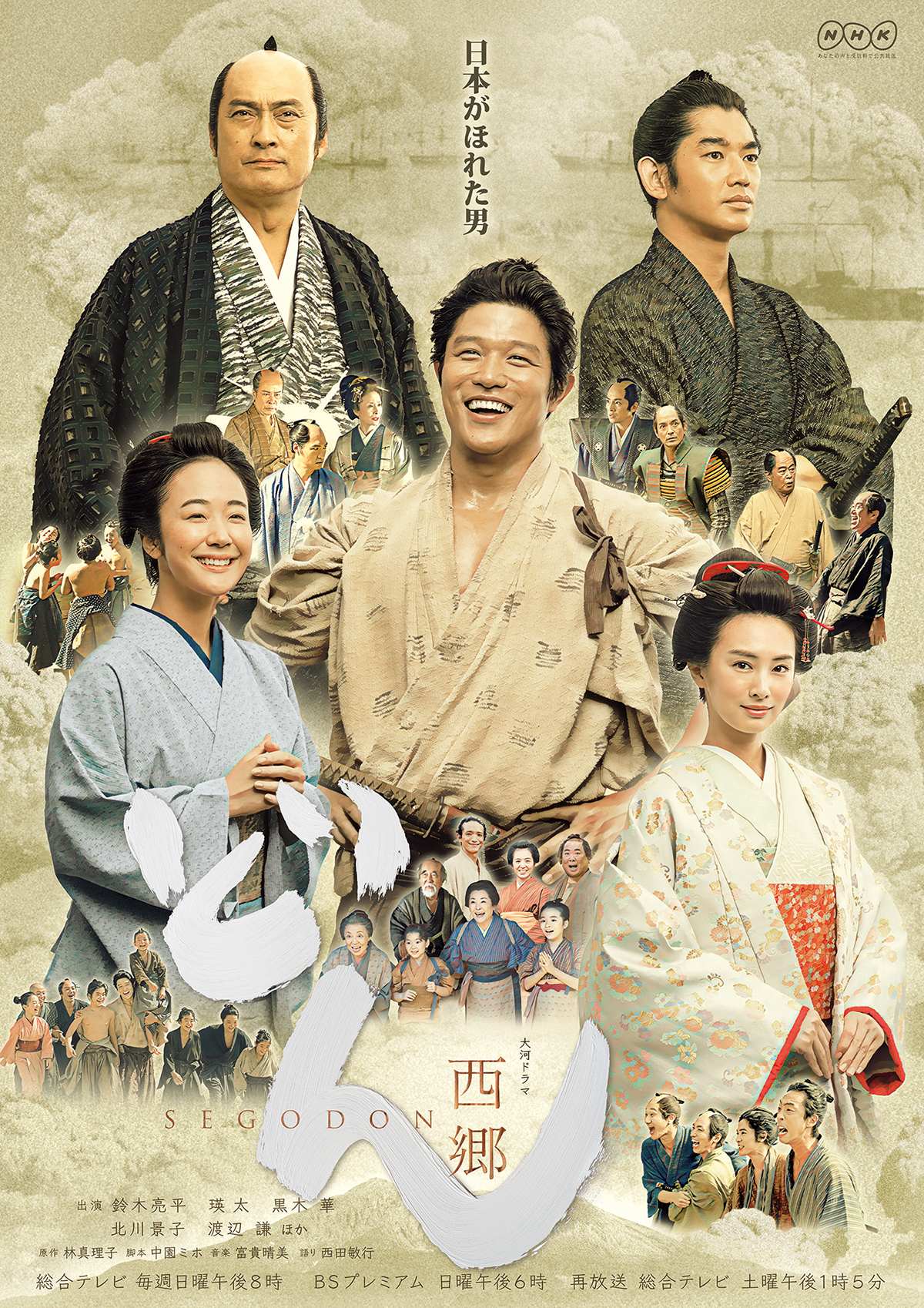 Drama series follows the life of historical figure Takamori Saigo. He was born the first son of a lower-class samurai. He was exiled two times and went through three marriages. Takamori Saigo became the central figure of the Meiji Restoration, but he fights against the government's army.

Brian Jan 27 2019 8:48 am Watched the last two episodes last night.....what a great Taiga drama that was! I feel every actor/actress put their all into their characters. Well written. Just maddening how Japan lost so many good 'warriors' to political infighting. Saigo was the impetus for the Meiji Restoration though he was initially branded a rebel by his traitorous best friend before being exonerated by the Japanese Govt years later. Kudo's to Suzuki Ryohei for a brilliant performance.

Eya Apr 17 2018 5:48 am Eita and Ryo didn't convince me to watch this series.. But seeing that my ichiban Oguri Shun is now a cast, this is definitely on my list!