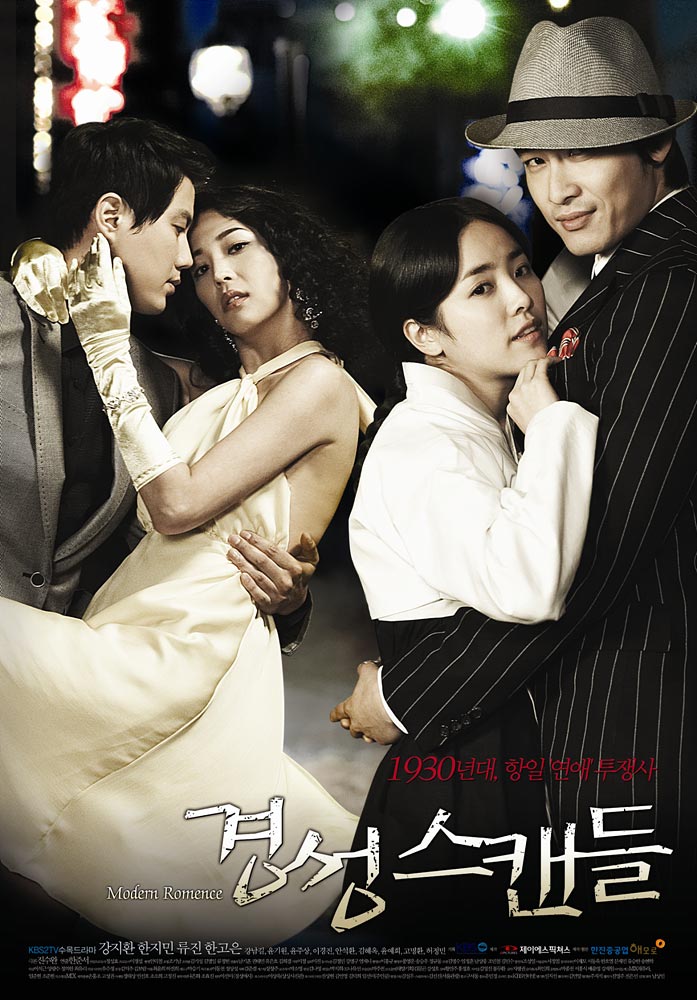 This series juxtaposes the heroic anti-Japanese movement with young romance by depicting Seoul of the 1930s, when the nation’s independence fighters clashed with pro-Japanese traitors while pre-modern moral values clashed with free love of the modern time. It was an era when young people acted with extreme passion to protect their love and things that they treasured. They regarded love as the most powerful stimulant of a revolution, and a loving relationship as the best revolution tactics. This drama attempts to interpret one of the gloomiest periods in the nation’s history in the most cheerful and vigorous way. Seon Woo-wan: The most famous playboy in Seoul, Woo-wan has graduated from college in Japan and is confident that it takes him only ten minutes to seduce a Seoul girl. One day he makes a bet that he will break his record by seducing not some pretty and sophisticated girl but an independence fighter. But what begins as false love later evolves into genuine feelings. The former decadent turns into an enthusiastic independence fighter, who experiences the magic of love, which later evolves into patriotism. Na Yeo-kyung: An unrivaled, elegant and graceful woman from Seoul, Yeo-kyung has received advanced education but she still prioritizes pre-modern moral values. She still wears a traditional white blouse and a black skirt. She is drastic, strong and stubborn -- to the extent that she makes others want to challenge her. Many guys tried to approach her but ended up in disgrace. Rumors have it that one guy...

M Sep 04 2020 9:42 pm This one is an old Korean drama and just watched it this 2020, I thought it was boring because of the old concept, if I should have known that this drama was this entertaining... I surely repeated watching this since it was started to air a couple of years ago more than a hundred times. I really can't help but to lol and cried in HJM-KJH scene. Every character in this drama played their role well, specially the four main lead. As everyone said, KJH is really handsome and HJM eyes was really mesmerizing. Highly recommended this drama even there's so much latest drama to be watched for. Worth watching ?

lola Sep 02 2018 12:00 pm Originally watched this drama in 2015 & absolutely loved it. Watching it again in 2018 and I just adore the 4 main leads & especially Han Ji Min. As another commenter stated JiMin’s cry-eyes are very pretty and as I’m watching her latest drama, during her crying scene I was memorized by her eyes. This is one of my favorite dramas!!!

Cath Jan 31 2016 7:19 am watched the fmv. think this movie is nice. this is going to be my first in the list to watch in the month of February. i was lookin' for movies that will melt my heart again glad i found this.

LP Oct 25 2015 11:57 pm This series was slapstick, funny, unrealistic (though perhaps loosely based on facts of that era), dramatic and highly entertaining. Worth watching!

I loved the actors and I'll be looking for the OST (original sound track) on iTunes -- great music!

Anush Apr 23 2015 11:50 am Very bright, nice, attractive drama. there was and romance, and politics, fight, love, love, love ! Cast is very good. Kang ji-Hwan very handsome actor and very charismatic for this role. Han ji-min's cry-eyes are very pretty. Everyone was very bright! Really good drama. It became one of my favorite one!

Gasenadi Feb 22 2012 2:04 pm Recommend this drama. Couple number two's romance was heart wrenching. I'm a sucker for freedom fighter's anyway. This one is among my very favorites. Of course, Kang Ji Hwan is in top form as a flamboyant dandy.