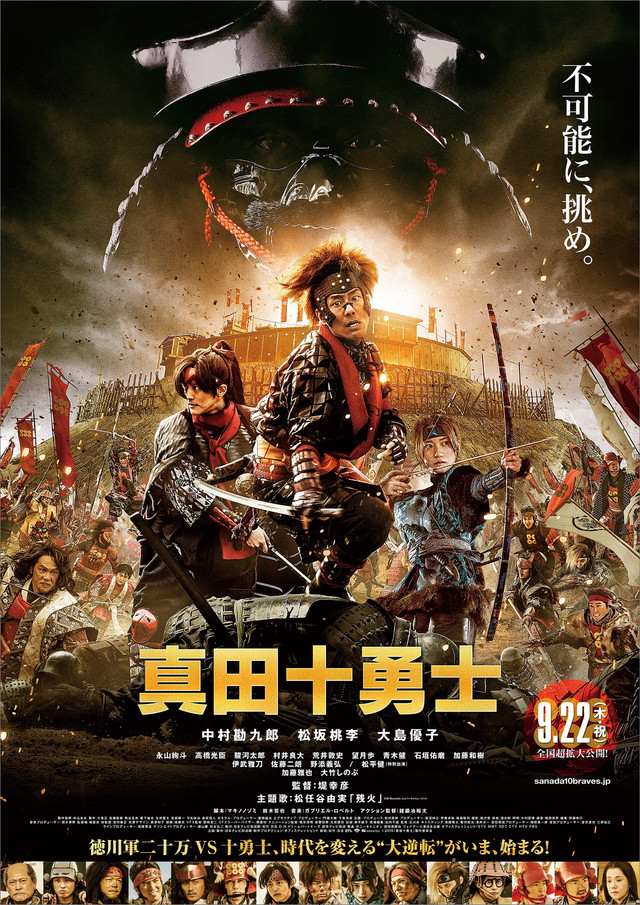 Set at the end of the Sengoku period to early Edo period, "Sanada Ten Braves" follows 10 members of a ninja group who all serve under samurai warrior Yukimura Sanada.

Aonyma May 03 2019 4:47 am After watching the movie, I literally froze for a minute. I mean, it's just too much. The movie is funny and has a lot of dramatic scenes - and mostly actions scenes - but I was just so happy that the movie ended.

I don't want to spoil the future movie viewers. I am not saying that this movie is bad. It was really good. And once your emotions set on it, you'll just want to know the ending of the movie. But you'll also want the details.

Just watch the movie. It's like watching an entire series of a sumarai-themed anime that went on for days. I don't know, maybe it's just me.