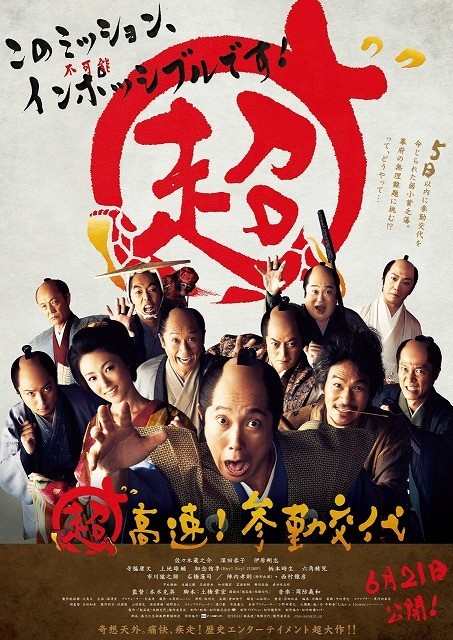 During the reign of the eighth shogun of the Tokugawa shogunate, the Yunagaya Domain in the Tohoku region is a small han. But at the han, there is a gold mine. Suddenly, Masaatsu Naito of Yunagaya Domain receives an order to perform Sankin-kotai within 5 days.

Bayu Ade Prabowo Jan 28 2016 2:28 am I don't know why but this film makes me feel disappointed. The plot and the actors are a little awful.