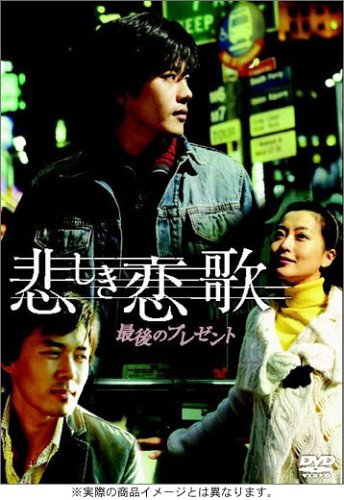 The young Jun-yeong (Kwon Sang-Woo), who was raised by his mother who sold liquor to American soldiers, met the blind Hye-in (Kim Hee-Seon) and they became childhood sweethearts. Then, Hae-in immigrated to the U.S. following her aunt and her uncle (American soldier that married her aunt). There she met Keon-woo (Yeon Jeong-Hun), who was Jun-yeong's best friend and son of a very rich man. After she received a letter from Hwa-jeong saying that Jun-yeong is dead, she accepted Keon-woo's love. After an operation, Hye-in was able to see again . The story picks up again when composer Jun-yeong, singer Hye-in, and music producer Keon-woo all meet again.

Nasar Jun 07 2020 8:28 am After 15 years I had a chance to watch this drama, after watched that Tears fulfilled in my eyes. Only Not act they were lived as real character in it.(especially Kim Hee sun)❤️❤️❤️

Henny wong Jan 07 2020 1:45 am Very sad story like the titles,, its a drama genre very famous in 199x-200x in korea hehee . I have read the comic with the same title before watch the drama I love korean drama before since winter sonata and autumn in my heart. There were the four sisters(chaerim), ahn jae wook and a girl as a talent fashion designer, i forgot the title,, its also very sad story also.. All about eve also pretty good (chaerim, jang dong gun).

Now i am watching crash landing on you , oh my son ye jin n hyun bin love u both.. Waiting for the update episode,, need to wait 1 more week, because year end its look like no air as maybe because the Drama and entertainment Award 2019 huhuuu

sanchezs Jun 03 2017 2:21 pm my very first korean drama ever when I still in elementary :') and at this point I fell in love with Yoo Seung Ho oh my gosh, when I see him at Master of study and he's not the-play-kids anymore I know he will became more more handsome day by day saranghaee ???

kimmy May 10 2016 11:38 am very sad and touching...about pure and true love,a love story i will never forget......after watching sooooo many korean dramas,this still remains my number one favourite kdrama....forever

emmy Jun 19 2014 1:08 pm I watched this drama when I was in grade 6 I remember every little detail. I actually cried when it ended.

Clarkdale44 Dec 22 2013 12:16 pm I was actually trying to avoid this as it seemed sad one, but i didn't had anything else to watch so i started watching it. And My god it is so heart breaking and frustrating that i am regretting every minute of it. Well not every minute as there were good moments too but i felt like those good moments won't last. And just as i thought the ending removed my soul from my body. I cried, i actually cried in the end... ! This is why i avoid such drama. Still it was great. Even though i feel frustrated, Anyway she was able to love him till the end. I will give it 7/10 (For good casting and heart breaking story)

Eun Jung Dec 03 2013 10:37 pm I'm getting close to the end of this drama. I have watched up through episode 17. There's just three more episodes to go. This truly is a sad, sad love story! It is interesting, though. I'm hoping for a happy ending, but I'll have to wait and see. I really like Kwon Sang-woo a lot! Yeon Jeong-hun is a nice actor. I first saw Yeon Jeong-hun in East of Eden. And I've liked him ever since. So, no matter if he is playing a positive or negative role, I still like him. Kim Hee-seon is beautiful. It amazes me in this sad story to see how unselfish the leading couple is. I wish Park Hye-in's aunt would have been more supportive of Seo Joon-young. I wish she would have cared more about the love between Joon-young & Hye-in. But, instead, she just pressured Hye-in to stay with Gun-woo. Cha Hwa-jung REALLY makes me mad. I hope she will be punished for all the damage she has caused. Often, though, I think the villains in Koran dramas don't get adequate punishment.