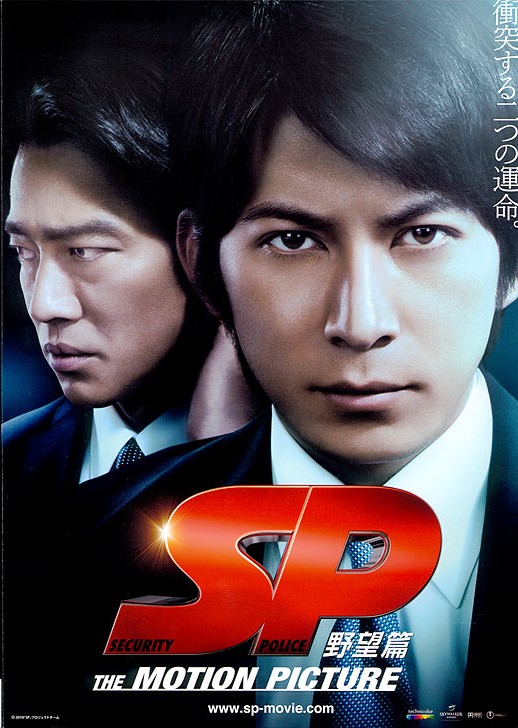 When Kaoru Inoue (Junichi Okada) opposes Soichiro Ogata (Shin'ichi Tsutsumi), Soichiro makes the cryptic remark "It couldn't be helped. It was for a greater cause ..."

One month later, at an event hall in Roppongi Hills, there is a charity event for landmine eradication. Kaoru does security with Security Police officers Soichiro Ogata, Eri Sasamoto (Yoko Maki), Takahumi Yamamoto (Satoru Matsuo) and Mitsuo Ishida (Yu Kamio). Kaoru Inoue senses a threatening existence and starts to suffer a severe headache and becomes dizzy. When Kaoru was young, his parents were killed by terrorists and that incident has had an traumatic effect on Kaoru since.

Inside the event hall, Kaoru Inoue replies to Ogata calls that everything is fine. The Secretary of Japan then appears on stage and Inoue again senses a threatening existence. Kaoru has a premonition of what will happen in the future. Right after, Kaoru finds a man in a suit holding an umbrella, even though the weather is clear, and starts running towards him. The man approaches the stage and Kaoru is blocked from reaching him by other spectators. Kaoru Inoue warns Eri Sasamoto about the man. As the man attempts to push a button on the umbrella, Kaoru and Eri are able to restrain him and take the umbrella away. The man slips away and runs off.

Kaoru Inoue chases the man to the center of the city and arrests him near the subway platform. The chase was covered by the media. The chief of SP, Yoshiharu Nakao (Shingo Egami), later stares down at Kaoru and tells him a pipe bomb was discovered in the umbrella which could have caused severe damage. Prime Minister Yuzou Asada (Kei Yamamoto) and other higher government officials gave Inoue favorable reviews, but Kaoru, nevertheless, crossed proper protocols and should refrain from such excessive behavior in the future.

That evening, a campaign fund raising event is held in support of of Secretary General Kunio Date (Teruyuki Kagawa). After the fund raising event, the secretary for the Ministry of Defense Takikawa (Takehiro Hira), who was a member of the same university political club that Soichiro Ogata attended at Tokyo University, chief international terror agent at the Ministiry of Foreign Affairs Anzai (Kazuki Namioka), Metropolitan Police Department member Mitsuhiko Kaziyama (Satoru Date) and Soichiro Ogata gather together in a suite room of the hotel with Kunio Date.

There Takikawa tells Soichiro Ogata that its time to perform the plan. Takikawa affirm that the soft landing way pushed by Yuji Nishijima (Kisuke Iida) will not be effective to build up the country. Anzai insists a crisis is needed to change people's values. Kunio Date promises to support them and orders Soichiro Ogata to carry out their plan.

Around that time, Ichiro Tanaka (Toru Nomaguchi) investigates the relationships between Kunio Date, Kunio Date, Kaziyama and the suicide of government official Yuji Nishijima. A few days later, Soichiro Ogata calls Kaoru Inoue at night to the meet at the park. The park was the same place where tragedy met Kaoru Inoue's parents some twenty years ago. Soichiro Ogata begins to tell a shocking truth, while Kaoru Inoue can't understand his intentions.

The next day Soichiro Ogata assigns to Security Police officer in the #4 Security Section an assignment to guard Kunio Date. After guarding Kunio Date that night, the terrorist plot finally begins attacking Kaoru Inoue and his colleagues. 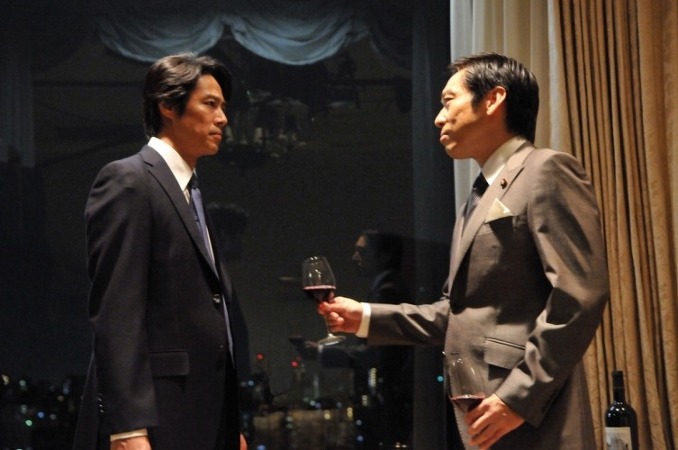 Akira Mar 30 2013 4:31 pm I think containment and unwillingness Inoue Kaoru to use weapons is clearly reflected in his words: "Rather tahn sacrifficing for the better good that one cannot touch, I would rather protect the warm body in front my eyes. Protect the life, by using my own strength" Overall this is the prevailing attitude into armed forces, or at least the ideal that governs.

Somehow I hope this'll show in the UK. :(