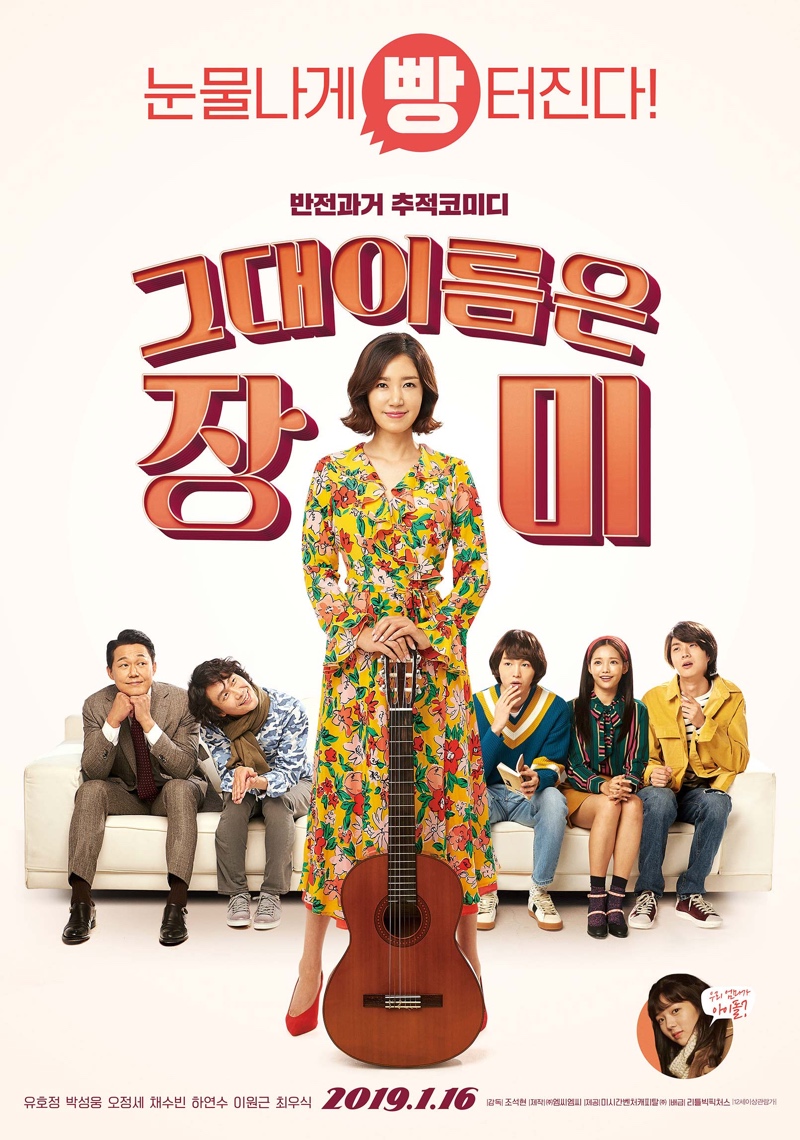 In her 20's, Jang-Mi (Ha Yeon-Soo) wanted to become an idol. She got pregnant unexpectedly and gave up her dream.

Jang-Mi (Yoo Ho-Jeong) is now a middle-aged single mother and raises her daughter Hyun-A (Chae Soo-Bin). She is a typical mother and nags Hyun-A a lot, but will do anything for her. One day, Jang-Mi happens to meet Myung-Hwan (Park Sung-Woong). He is her ex-boyfriend. She also gets involved with her former male friend Soon-Chul (Oh Jung-Se) who is Hyun-A's father.

Angela Jan 25 2020 11:28 am Can someone suggest me movies like this??? I just love these kind of lighthearted movies.

rose Sep 13 2019 12:25 am I love thee chemistry between jangmi and hyuna and even with her 'fathers', chae soo bin is really a chemistry fairy

Ahlori Jun 17 2019 11:52 am I pitied myung hwan here he looks like he's willing to take jang Mi and hyuna but as always jang Mi is cold as ice. She didn't even gave hyuna chance to have a complete family.

Lee ji young Apr 26 2019 1:41 am They supposed to stick with ha yeon soo as daughter. No need using chae soo bin.. The plot is dissapointing waste my 2 hours