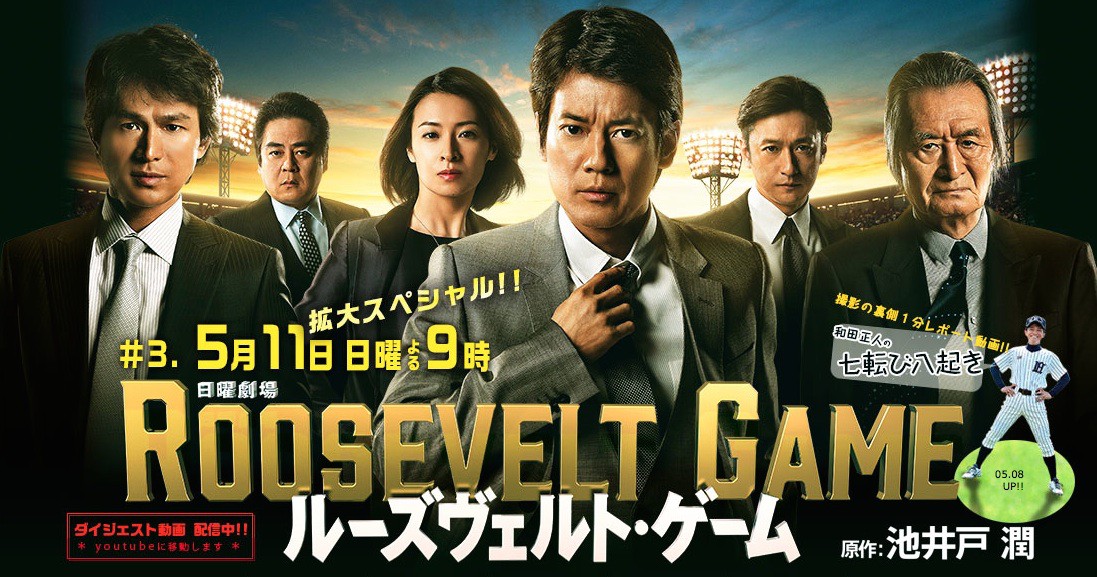 The Aoshima Company is a precision machine maker, located in the suburbs of Tokyo. The company is a medium sized corporation. The have a conference once every week to report achievements made and the prospects for the company. At the conference, President Mitsuru Hosokawa (Toshiaki Karasawa) gives a menacing look, while executives shout at each other. After President Mitsuru took his job, the economy significantly worsened due to a financial sector slump. The Aoshima Company suffered because of this and faces difficulties.