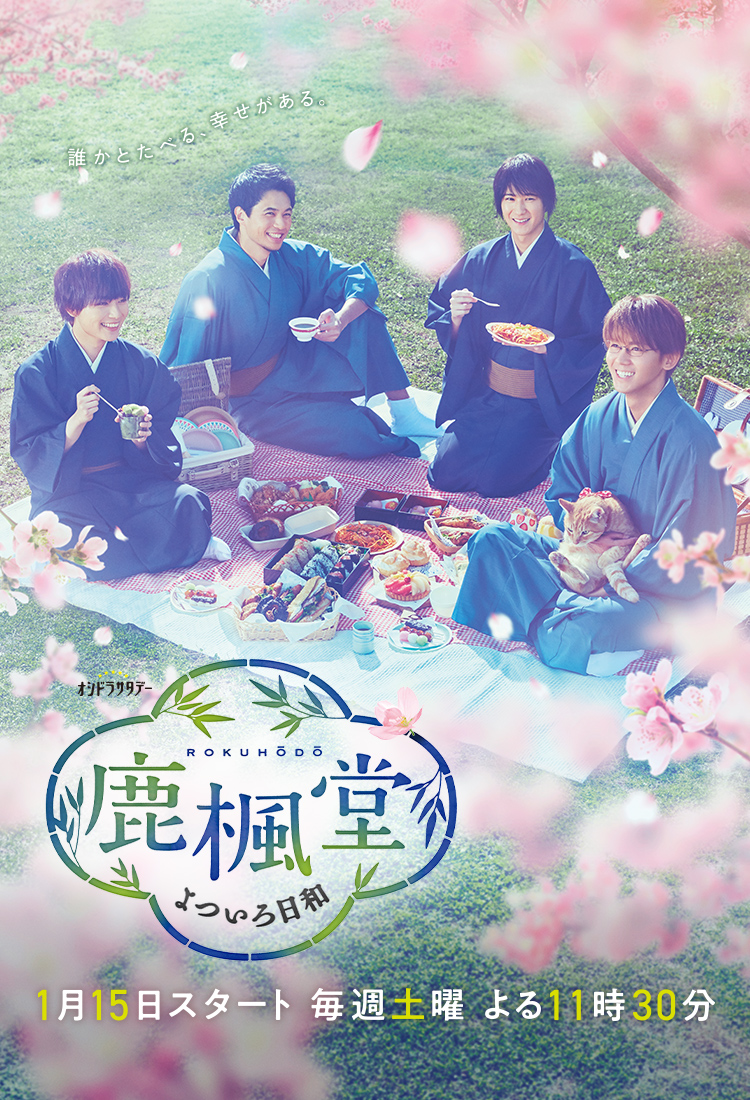 Kyosui Togoku (Nozomu Kotaki) runs a traditional Japanese style cafe called Rokuhodo. He has a tender voice and hardly ever raises it. He is an honest person with a bright personality. At the cafe, Kyosui Togoku works with three other young men. They each wear a kimono and serve drinks, meals and deserts to their customers. These 4 men interact with their customers, who all have their own problems, and provide them with comfort. While performing their jobs, they also face their own problems and grow as a person.

hyejin Jan 28 2023 1:04 am I'm enjoying this series. Episodes are short but heartwarming and perfect for work breaks--where I get myself a cup of coffee/tea to sip through an episode. :)

Not suggested to watch with empty stomach or if no food available to you.