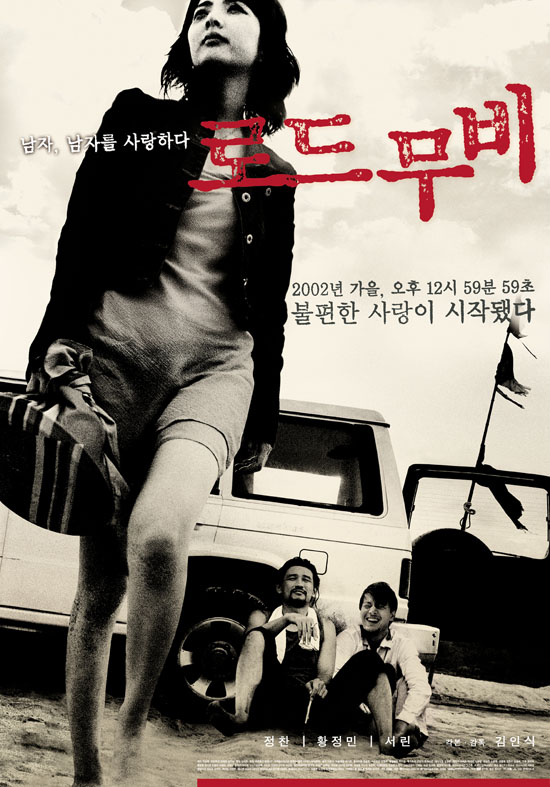 Dae-shik lives off the streets. He once dreamed of becoming a mountaineer and reach the top of the Himalayas. But now he lives dreamlessly on the streets day by day. No one knows about his past, and he hates it when people ask about it. He tries hard to show a very tough expression on his face, but occasionally a sad shadow comes and goes. One day, he discovers a drunk man passed out on the road and in pain. He only passes him by, but he can never forget his face. He hates to love again, but his heart starts to pound once more.

Il-joo swallows a fistful of medication and lives another day. She drinks with strangers, dances with them, and then sleeps with them. Thanks to some customers who unusually ordered coffee from a beach, she can luckily see the sea today. But the sea keeps calling Il-joo to drown in its belly. She bids it's call, but a firm hand grabs Il-joo and pulls her out of the deep waters of the ocean. It's no other than one of the customers who ordered the coffee, Dae-shik. She doesn't know why, but she feels something for him, and curious to know what kind of person he is.

Suk-won's life goes to ruin when his stocks hit rock bottom. As he loiters around the streets, Dae-shik helps him out of his depression. Suk-won is doubtful of his appearance, but he has no choice to ask for his help. Dae-shik offers Suk-won to go on a road trip together with him and he agrees. Being sick of Seoul and even hating it, Suk-won is somewhat excited to go on a journey that has no destination. Dae-shik, Suk-won and Il-joo are off on a journey to find freedom from their woes. As they encounter new faces and places, they learn more about themselves and their feelings for each other. But this in turn, unearths a harder obstacle for them to overcome. While on the road together, they face a difficult choice between their love for one another and their freedom.