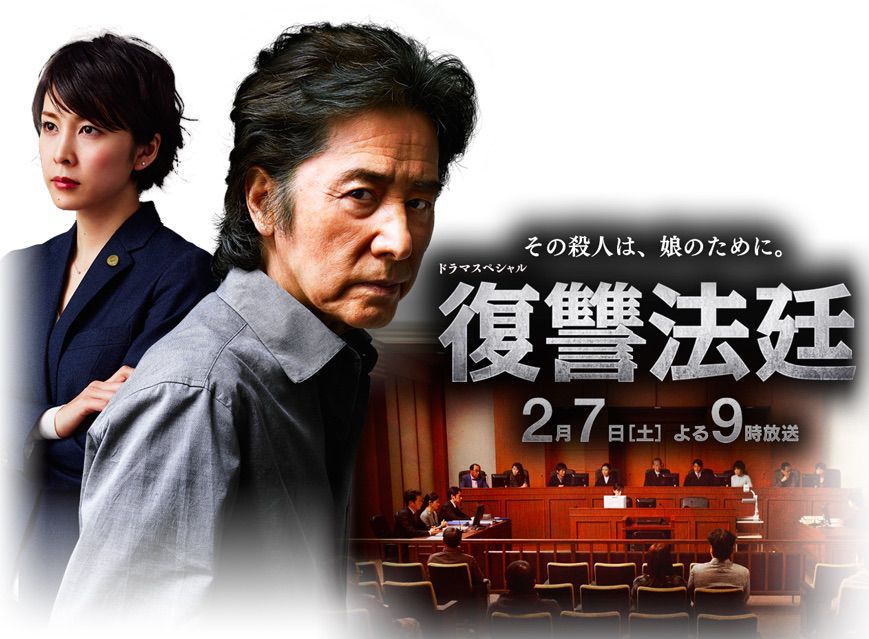 May, 2012, Seiji Nakahara's daughter, Yukiko (Miyu Yagyu), is found dead. She was raped and strangled to death. Kenji Iwasaki was arrested for the crimes, but he was acquitted at his trial due to police brutality directed towards him.

After his acquittal, Seiji and his wife, Akiko (Yoshie Ichige), fell into despair. Not long after, Akiko became ill and died. Seiji vowed to take revenge on Kenji and the legal system that failed his family. Seiji turned down the court appointed attorney to defend him, because he did not want to receive a commutation of sentence. Nobuko Ogata (Yuko Takeuchi) is then appointed as Seiji’s lawyer. Nobuko begins to investigate his daughter's murder case. She discovers that according to witnesses, Yukiko got into Kenji’s car by herself.

While Nobuko looks for answers on his daughter's death, Seiji's trial begins and Seiji suddenly insists his innocence.

Firdaus Jan 20 2015 8:52 am The story plot is quite complex to me but i guess this drama is surely worth to be anticipated for,right?!