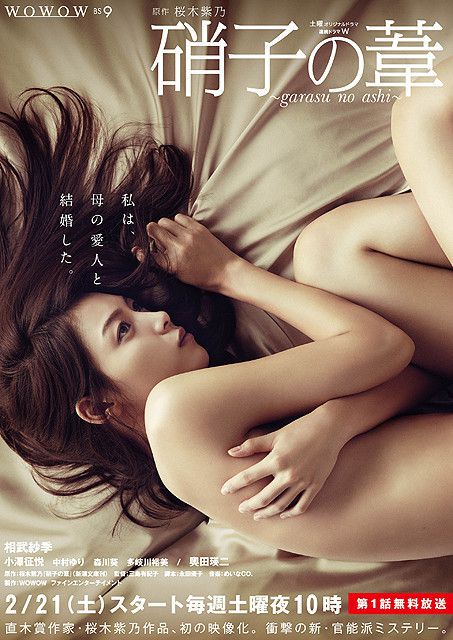 Setsuko Koda (Saki Aibu) is married to Kiichiro who runs a hotel. There is a large age difference between them. Her hobby is to write poems. She published her own poem collection "Garasu no Ashi" upon her husband's suggestion.