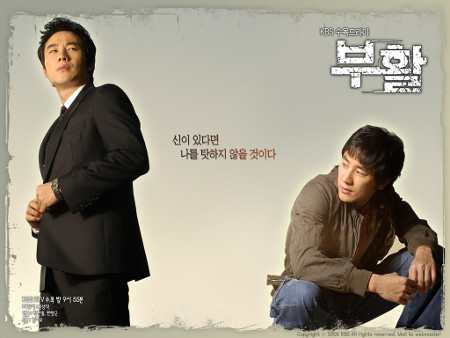 Ha-Eun’s life has never been easy. At a young age, Ha-Eun’s father died in a car accident. He is forced to move in with Mr. Seo whose gambling problems disrupted the family. Ha-Eun finds solace with his caretaker’s daughter, Eun-Ha. With only a high school education, the bright youngster follows his dreams of joining the police force. In the violent crimes division, he relies on his instincts and intuition to bring closure to unsolved mysteries. After many years of believing his father’s death was an accident, he finds himself facing his own questions about the past. After reopening the investigation into his father’s accidental death, he discovers the truth about what really happened. Ha-Eun tracks down his twin brother, who he had believed to have died years ago, and the two share a short reunion. Mr. Seo’s daughter, Eun-Ha found happiness in the companionship of Ha-Eun.

Arihant Oct 07 2017 2:25 am A truly solid revenge drama!Uhm Tae Woong pulls off 2 separate characters of twin brothers superbly and is the mainstay for the show. I changed upon this show searching for revenge/retribution dramas (Had liked Hotel King,Queen of the game,Green Rose etc. Was initially sceptical since this was an old show and did not know the actors but have come back with great respect for the actors and director/writer's of the show.Will look at their other dramas as well.

Also loved the work of the female leads-Han Ji Min (didn't watch her in anything prior to this) and So E Jun (so beautiful yet ever the second lead till working in Who are you ).I will now try to catch up their other dramas

The show has a superb start,a solid middle but seems to go in comtemplative mode during the end.I feel that the writer's wanted a morose ending contemplating on the futileness of revenge and refrained from giving us a pure happy end .I personally feel that So Haeun deserved to be happy after undergoing these trials and tribulations

Mbebzz Mar 23 2015 10:06 pm This is very special drama for me, THE GREAT DRAMA ever I watch, never bored & still enjoy to rewatch.. of course Ji min unnie with tae woong appa become my Favorite couple until now... ~My Lighthouse Couple~ ^_^

GG Mar 07 2015 5:40 pm Does anyone know the name of the singer and song which begins each episode? Thanks in advance for any help.

tp Oct 15 2014 4:45 pm This is one of the best suspenseful Kdramas. I loved Uhm Tae-Woong & the show too much and have seen it twice. I'd like to recommend tis drama to everyone who's in love with Kdrama.

judy Mar 23 2013 9:55 am Where is the con artist, the one with the white suits and colorful shirts and ties? He is not mentioned on this sit or on any other? I loved him.

judy Mar 23 2013 9:53 am Where is the colorful man, white suits and colorful shirts and ties. The on who was looking for her parents, and stabbed our hero in the park> Why isn't he mentioned?

Haneuly Jul 23 2012 1:16 am Really good drama! I was positively surprised by its quality. It's too bad it's not really famous. The actors are good and the story is believable until the end. And the end itself didn't disappoint me like a lot of drama's ends do, it was not a fairy-tale so it didn't end like one! It's a must watch for Uhm Tae-Woong's fans!