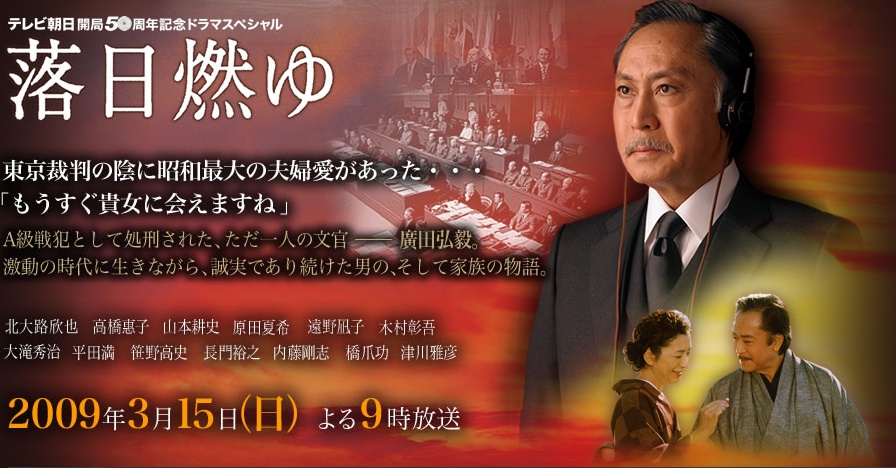 Koki Hirota was the only civilian hanged as a Class A war criminal by the Tokyo Tribunal after World War II. His life is the subject of "Rakujitsu Moyu" ("The Setting Sun Burns"), a drama based on the novel by Saburo Shiroyama. Hirota was the Japanese ambassador to the Soviet Union during the infamous Mukden Incident of 1931, which led to the establishment of a Japanese puppet regime in Manchuria. He convinced the Soviets to remain neutral in the dispute. Hirota retired and returned to his family in Japan, but was eventually drafted as foreign minister and in 1936 became prime minister for less than a year. Hirota's execution remains controversial and the drama makes the case that he always worked for peace. He did not defend himself against the capital charge because he failed to stop the aggression of the Imperial Army.