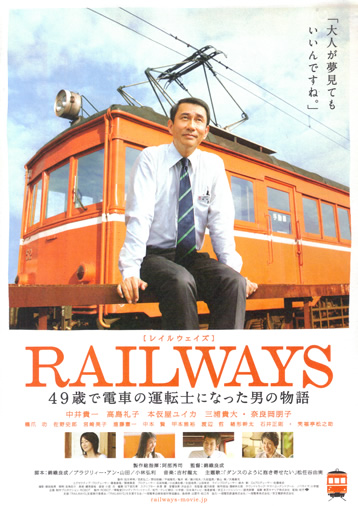 Hajime Tsutsui (Kiichi Nakai) worked for the electric company and recently received a promotion. Due to his mother's illness and the death of a close friend Hajime decides to return to his hometown of Izumo, Shimane to work as a rail car driver ... 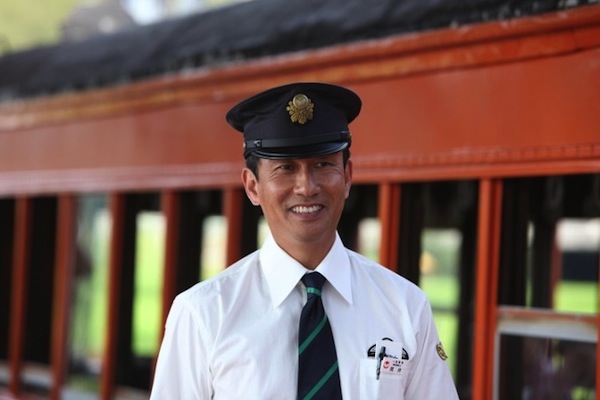 Susan Long Oct 15 2010 3:03 am I watched this movie twice - on Japan Airlines flights in September and October. It had English subtitles and I enjoyed it immensely, both from the point of view of watching the trains in Japan and from the issues raised in the film. I would like to know if I could buy a copy of this movie with English subtitles, which I could watch at home in Australia.

David Ray Aug 15 2010 8:31 pm My wife and I were able to see Railways in Matsue on July 23, after having ridden on the Ichibata Railway from Izumo just the day before. I do not speak Japanese, I wish I could. Non the less, I enjoyed the movie thoroughly, wishing I understood the dialogue. The story is compelling, even if you don't have the dialogue, the photography is wonderful, the railway scenes are a railfans dream, the Ichibata Railway should be justifiably proud. Can anyone tell me, assure me, that this movie will be released with English subtitles for an American market? I think it would do well. Can anyone tell me who to talk to, where to go, to encourage the distribution to America? Where do I go with this, the movie deserves a wider audience.