Rahtree: Flower of the Night 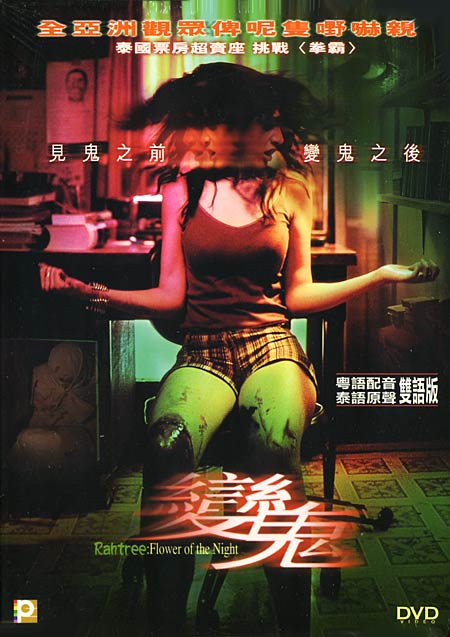 Buppah Rahtree is an isolated, self contained girl. She’s at the top of her class in medical school but has no friends and carries a secret, tragic past with her. She does, however, have an admirer in Ake, a wealthy young man who was drawn to her when she turned down the advances of his best friend and who has followed her from a distance for a month. Rahtree eventually opens up to Ake but what should have been a happy ending for her turns progressively more tragic. Ake turns out to be an entirely amoral cad and Rahtree, pregnant from their lone weekend together, is pressured into an abortion and abandoned in her run down apartment where things turn septic, she dies and is undiscovered for at least a month. And this is just the set up which, I’m sure you will agree, is rather unusually tragic for a film most commonly billed as a horror comedy.

Things really get rolling after Rahtree’s corpse is discovered. The police arrive and she is shrouded according to local custom but when they try to remove the corpse it simply refuses to go, twitching wildly until the police drop it and run screaming from the room. Rahtree’s body may be dead but her spirit is very much alive, very angry, and it will not leave without a fight. The film then tracks a succession of unsuccessful exorcists run through the building at the behest of the apartment manager desperate to stop her remaining tenants from fleeing the obviously haunted building, that succession further complicated by the return of the guilt stricken Ake who turns up on the scene desperate to make amends and completely unaware that Rahtree has died. -- Twitch