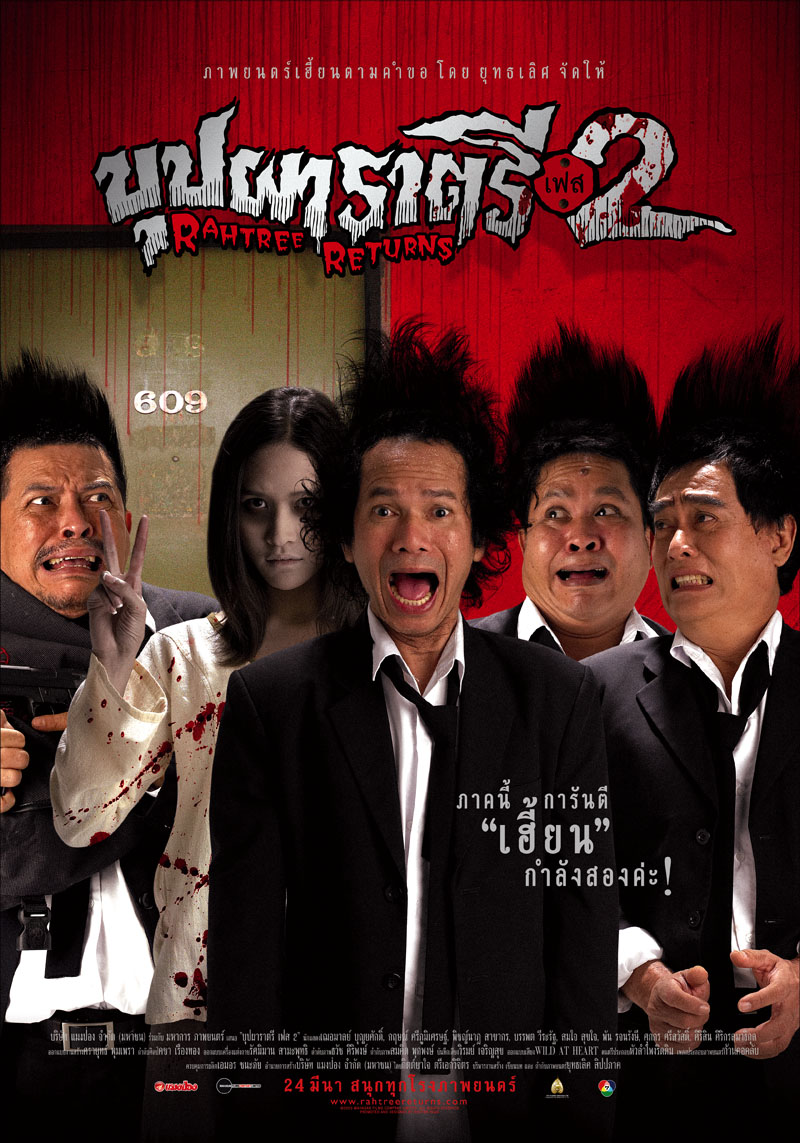 Apartment 609 is still haunted by the ghost of a spurned young woman (Chermarn "Ploy" Boonyasak). And this causes problems for a bumbling gang of bank robbers whose loot has somehow found its way to that room. Yuthert, who did Sai Lor Fah (Pattaya Maniac) and Killer Tattoo is up to his usual tricks of putting a cast of comedians, including Somchai Saktikul (who apparently as agreed to star in every single Thai comedy film made in 2004 and 2005), Supakon Srisawat, Phan Rojanarungsri and Bunpoj Weerarat, through their paces, combining elements from the action, horror and crime genres with slapstick. Thai hearthrob Kris Srepoomseth returns as the college boy Ake. For seducing Ratree, he had both his legs amputated. He’s in for more disfigurement in this episode. Pitchanart "May" Sakhakorn (Butterfly in Grey, Sai Lor Fah) also stars. -- Wise Kwai's Thai Film Journal