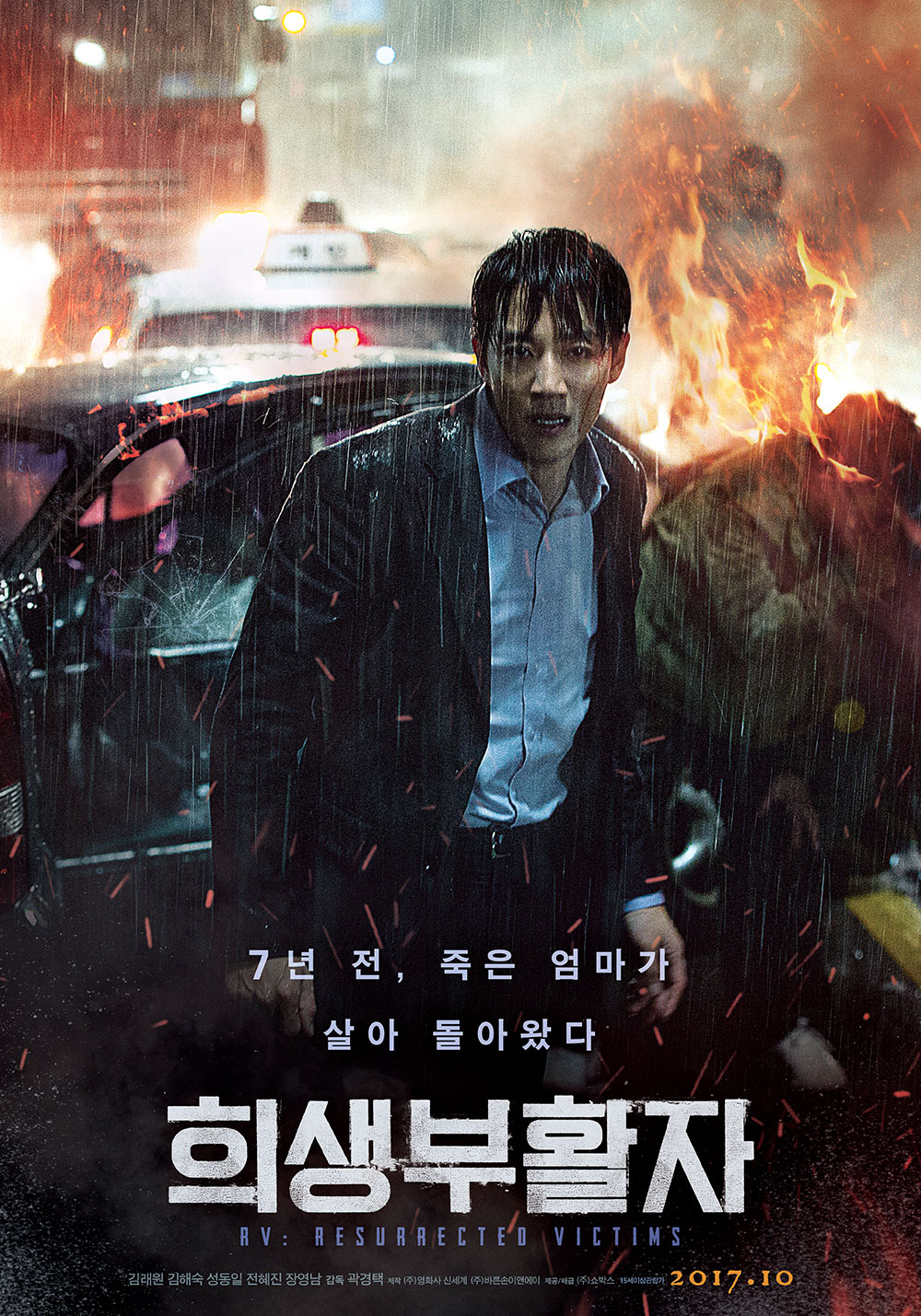 Dead victims, who are called RV (Resurrected Victims), come back to the living world to kill their murderer who went unpunished. After killing their murderers, the RV disappear.

7 years ago, Seo Jin-Hong witnessed his mother killed during a robbery. His mother, appearing the same as when she died, appears in front of him. She tries to kill Seo Jin-Hong.

madong Feb 11 2018 3:15 am this movie deserves a go!!!! i watched it w doubt at first bc theres not much reviews abt it.. and i was pretty confused abt the plot... but everything became clear in the end and the plot’s really touching.. and emotionally provoking

nana Sep 08 2017 9:05 am It seems to be similar with "Reunited Worlds" about a dead person who resurrect but it put a twist to it and that is revenge.

ragg Mar 21 2016 6:13 pm im really looking forward for this movie.. i've seen (almost) all of kim rae won's works and i swear i was never disappointed. he is such a great actor, and ofc hot af!