Queen Of The Night 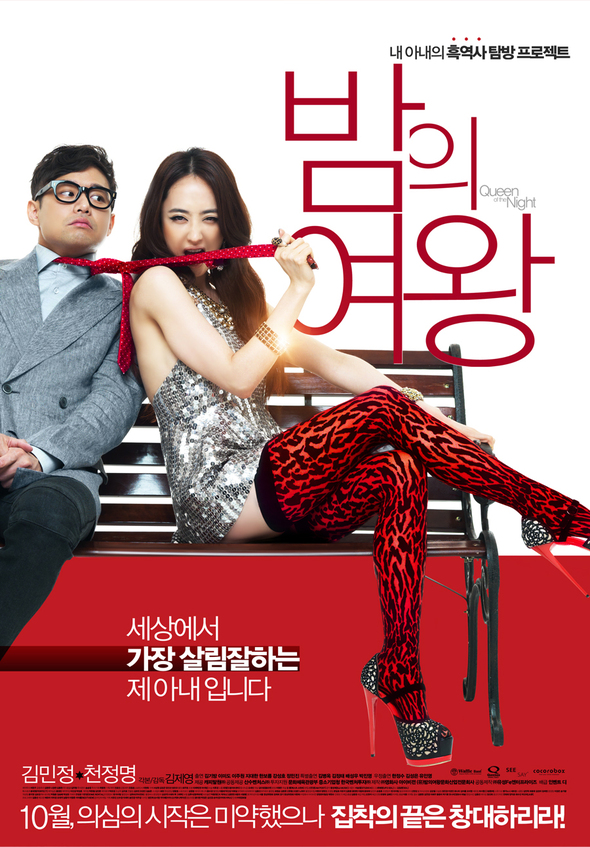 Timid husband Young-Soo (Chun Jung-Myung), learns of something startling about his perfectionist wife Hee-Joo's (Kim Min-Jung) past. Young-Soo then begins to investigate her past.

shaei griffin Dec 10 2016 9:47 pm does anyone know the name of the song that was play in the gangnam club where lexy was dancing?

jenisha May 15 2014 6:42 pm This is the best movie for me I watch this 5 time already . The lead actress and actor is such a good actor .AND I LOVETHE STORYLINE .Best movie for me it was so funny .

jbtoo Mar 01 2014 10:41 am Movie was pretty funny. Loved the slightly awkward scenes that made me laugh and squirm at the same time.