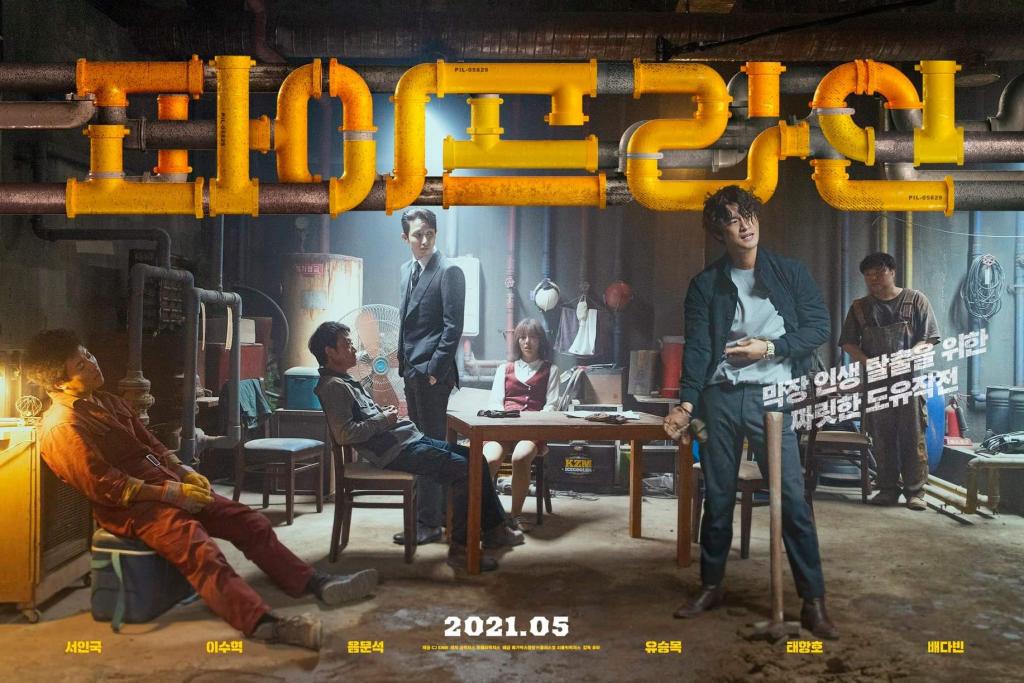 Gun-Woo (Lee Soo-Hyuk) hails from a wealthy family who runs a large company. Yet, he sets up a plan to steal oil that is hidden in an underground tunnel in South Korea. Pindol (Seo In-Guk) is the best drilling technician in the country. They form a team with Jeobsae (Eum Moon-Suk), Section Chief Na (Yoo Seung-Mok), Keunsab (Tae Hang-Ho) and Counter (Bae Da-Bin). The group are chased by Detective Man-Sik (Bae Yoo-Ram).

Melanie Jun 21 2020 2:04 am Can't wait to watch this movie because of Seo In-Guk, so talented and passionate actor❤️ ?Congratulations in advance! More movies to come.. ??

I can't wait to watch this film.

It's nice to see you both work again. This gives me back the King of Highschool feeling.

Sending love and support from PH!!!

Soo-hyuk ssi, I'm so glad you are back, this fan has missed you awfully.

It sounds like it's going to be a great movie/drama.

Soo-hyuk, can I see you in a film with Woo Bin. I hear he is getting well.

LKB Jul 26 2019 1:36 am I love the picture at the top! I see traces of the vampire that set the screen ablaze and Seo In Guk kind of has YSY vibes with that hair and those glasses going on-like he turned into an art director all of a sudden lol! I like it, though. I always wondered why SK guys don't let their hair be a bit more unkempt and relaxed-it looks so much better, whether it's the puppy dog looking floppy wavy short hair (Gong Myung style, Yang Se Jong) or more rockerish. The plot has a bit of clever mischief a la 38 Task Force but a very different setup, a danger-filled one.