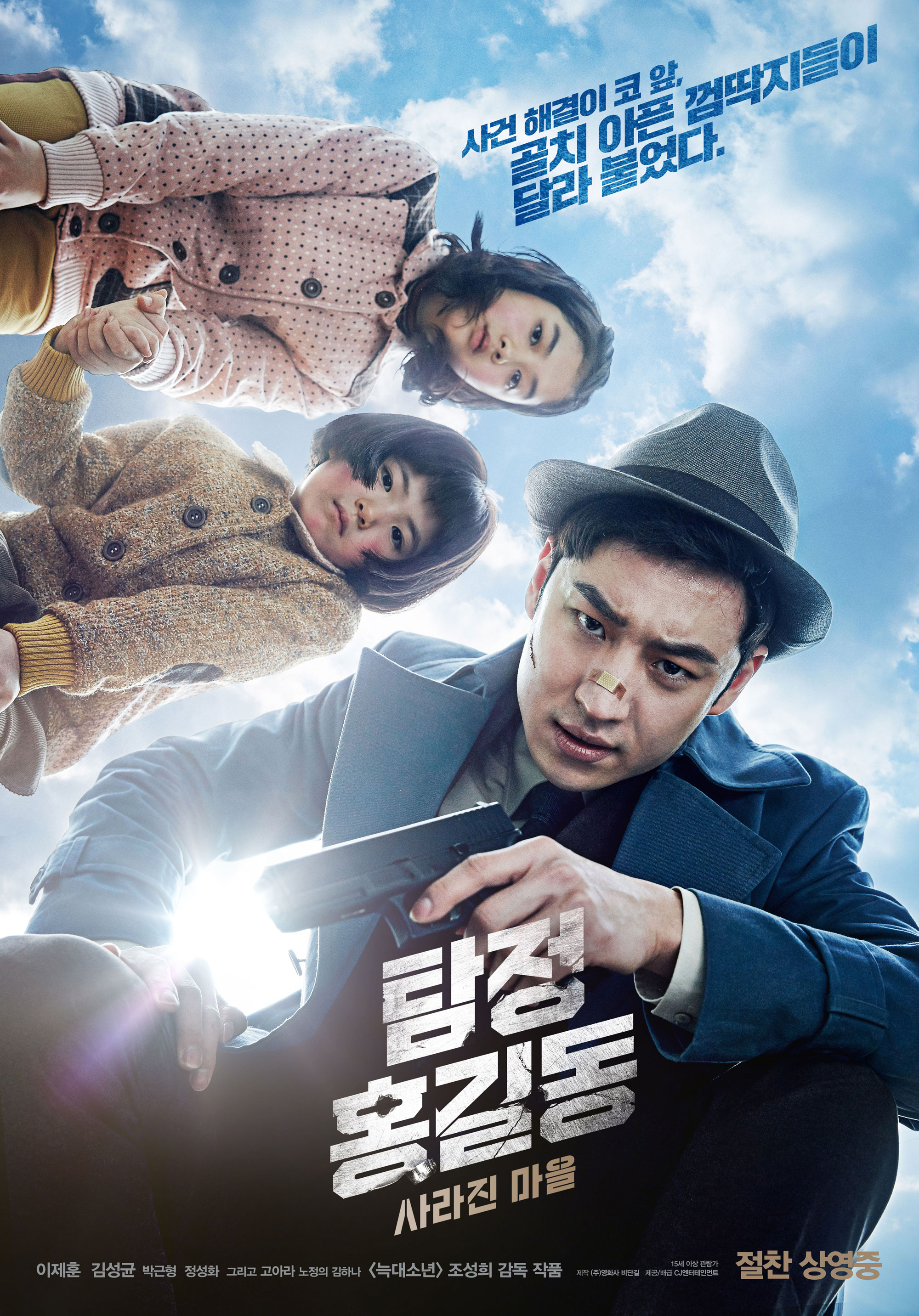 zuezoo Sep 12 2019 9:22 am its a great movie with amazing plot! lee jehoon is so handsome and his acting issss soooo gooddddd arghhh. mal soon is so cheeky, i kept laugh bcs of her acting haha. dongyi was great too! this movie should get recognition!!! overall i rate 9/10!!!

Heidi Feb 24 2018 10:07 pm Another excellent Korean movie! Love what Korea's film industry puts out and I wish more western movie buffs were into this as much as I am. Great stuff and good that there are some reliable websites which allow us to enjoy them.

peace Jan 26 2018 10:34 am good movie!! I didn't that go ara was President Hwang her style it sophisticated and have a detective mind compared black kdrama.. Lee Je-Hoon i thought his character its bad not at all.. the two kids they are so cute and lovable... all the cast, the action and how they concept the it was really successful..

Mae Oct 20 2017 11:57 pm I can see a resemblance to Wes Anderson style of movies, with a twist. And it makes me happy that Asian moviemaker can produce such quality with such quirks. And if developed well, it could be huge to the movie-goers even outside of Korea.

Kimberly Apr 02 2017 3:46 am Amazing movies. Still my favorite until now. Lee Je-Hoon is amazing actor! As well as Kim Sung-Kyun. This movie deserves more recognition! Hands down to all casts and crews!

salaheddine mountassir Dec 04 2016 4:51 pm I loved the movie, way better than the 2016 Hollywood movies. more better than suicide squad. I would love to see part 2 of the movie.this story can dominate worldwide known movies like 007 James bond or mission impossible. I love Korean culture, and I see big potential in it cinema.

Hedz Nov 13 2016 1:12 am Highly appreciated movie.. i cried a lot.. worth to watch..i love all the cast even the bad guys.. thanks to all the maker and staff etc.. looking forward to have another movie like this..

Danniah Nov 09 2016 5:25 pm Great movie. Good cinematography. The ending left no secret or any room to be questioned. Yet, it also left story for season 2. This movie is recommended if you search for serious but light movie. This movie left impression. Lee Je Hoon is handsome as usual and his acting is unquestionable. He is just great. Go Ara is really elegant. Unfortunately, she didn't appear much in tge movie. I was annoyed with the children at first but I love them at the end.

cecil Oct 10 2016 8:42 am Woahh, this movie is daebak!!! How can Korean movie tasted likes Brittish movie?? I just can say, all of editing, animating, setting, story, etc are so perfect.. No doubt Le Je Hoon is an amazing actor.. The Mal Soon little girl is so good too. I can handle it. But she is so adorable.. Watch her speak hahaha.. She remind me of Sarang.. After all, I am highly recommended this movie :D

Mira Oct 05 2016 10:10 pm Are you reading my comment? Yes, you should watch it! I strongly recommended this movie, it says action/noir, but there are a lot more comedy, life learning scenes in it. Malsoon is annoying but really really cute and lee je hoon is my new baeeee ❤️❤️❤️

Maeii Sep 14 2016 10:44 pm I just finished this movie. It was a total masterpiece omg Lee Je Hoon's acting was really good this kind of genre really suits him. There was a lot of twist in this movie and I totally love it...

filmbeats Aug 12 2016 12:29 pm I don't recall any really disturbing scenes. To me it features comic book violence with some blood but not a lot. 50% of the movie feels like a comedy with the bickering between the detective and the two young kids (which is pretty fun). It's a bit of an odd thing to include in a detective film noir type of movie. The presence of the kids makes this a much lighter type of movie than it could've been.

ozhe Jul 21 2016 4:55 pm for those of you who already watched the movie, may i ask, are there many disturbing scenes in this movie? Such as torturing, violence and gore scenes (as the censor rating is 17 yrs)? still thinking whether it is appropriate to watch it with my little sister or not, thanks

katy Jun 21 2016 10:02 am I think is good movie, good acting, good effect, and good plot .. recomended movie especially for you who like detective stories

Yash Jun 04 2016 3:35 am OMG. Lee Jae Hoon as always didn't disappoint me with his acting. The movie was so good, the cinematography is on point, lee jae hoon and kids interactions are hilarious and so cute. Definitely worth watching, absolutely loved the movie.

Kit May 18 2016 12:32 pm The Phantom Detective was shown at the Grapevine Mills Mall yesterday. You guys have to watch this. I am serious. The plot is all twisted. The cinematography is on point. The effects are interesting and amazing. The dialogue between Hong Gil-Dong and the kids is just hilarious. Lee Je-Hoon's acting just, ughhhh. PERFECT. And Go Ara! *falls to the ground* I can't even ^-^

Yash May 07 2016 11:11 pm Just found out that this movie will also being shown in Australia! I am so excited. Defiantly going to go and watch it in the cinema.

lukii Apr 26 2016 2:05 am I'm excited for this!! I still cant get enough of Lee Je Hoon as a detective in Signal xD And teaser is looking good xD

@BOUCHRA : Not again. This movie even took all the shoots before Remember aired so this doesn't have a say with the little resemblance.