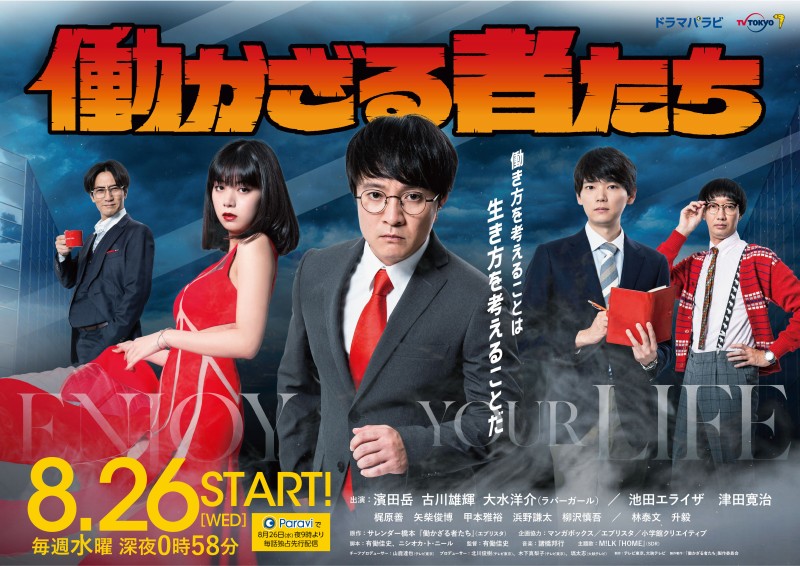 Hajime (Gaku Hamada) works in the I.T. department of a newspaper company. He has worked there for 7 years. He often neglects his work and he is more interested in writing manga. His colleague at the newspaper company is Yutaka. He insists to Hajime that he values life more than his job, but he doesn't look happy to Hajime. Looking at his colleague Yutaka, Hajime suddenly wonders if his life is okay like this or will he become a person who does his job well.