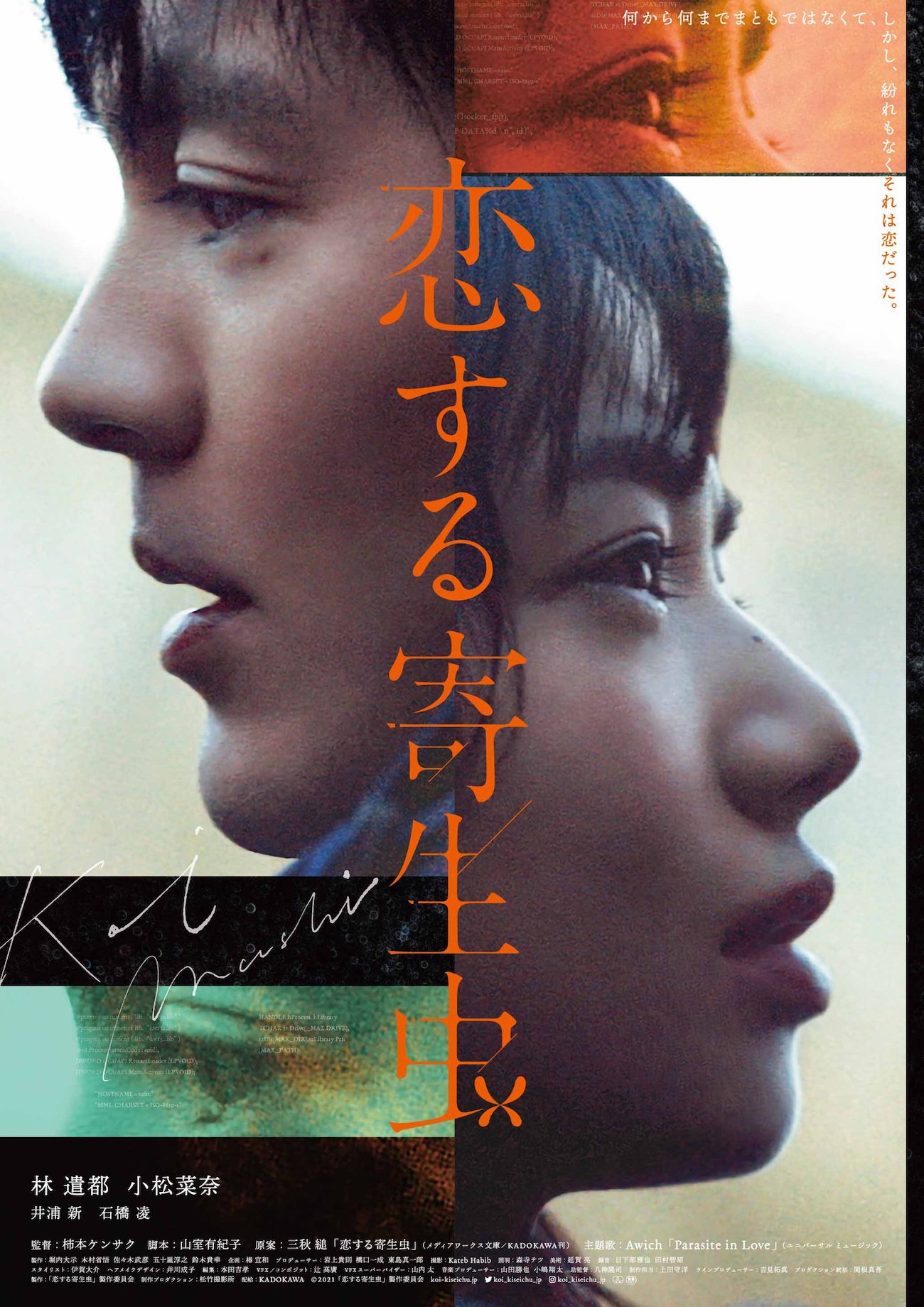 A young man named Kengo Kosaka (Kento Hayashi) suffers from extreme mysophobia. Due to his compulsive disorder, he is unable to maintain a relationship with anyone. Kengo Kosaka is also a lonely young man. Meanwhile, high school student Hijiri Sanagi (Nana Komatsu) has scopophobia. Because of her fear of being stared at, she refuses to go to school. Both Kengo Kosaka and Hijiri Sanagi do not expect to find love with another person, but they meet and fall in love. They have happy days, but ....

JJ Jul 24 2021 5:05 am both lead are my favorite. but for online streaming maybe need to wait until next year, huft

Summer Dec 15 2020 11:15 pm Nana Komatsu is going to be like 63 and she's still gonna make bank playing as a highschool student

Anon Apr 13 2020 4:05 pm I haven't read parasite in love but 3 days of happiness or azure and claude probably would fit an adaptation too (VGperson has translated a lot of fafoo/ Sugaru Miaki's writing on her tumblr if y'all wanna read it)