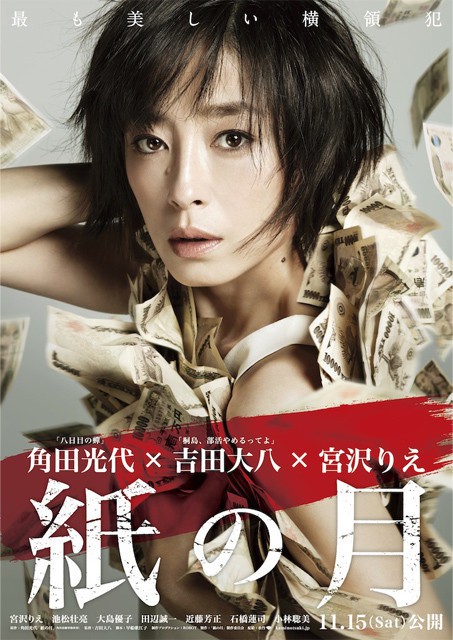 Rika Umezawa (Rie Miyazawa) lives with her husband, but without any children. She works part-time at a bank. Rika receives favorable evaluations from her clients and boss because of her attentive work. Nevertheless, she feels a sense of emptiness from her husband who doesn't seem interested in her. Rika then falls into an extramarital affair with a younger man named Kota. She also begins to embezzle money from her clients.

HunterX Apr 25 2017 12:27 am The movie was about a bored married woman and a simple bank employee, fallen into lust of a young man. The woman, eventually, decided to give all of her heart to the young man, who desire only of her body, without a thought of the consequences affecting her family, her career and her future. She described it as her liberation and freedom from her daily life. It was hard pin point why decided to do so. Her husband was seem to be a loving person with a good career and stable financially. Her job was good for supportive role of family. Despite of all, she managed to get caught by passion of rather pathetic and spoiled young man. Afterward, everything fallen apart, and she lost everything she desired before.

I am not very sure of intention of the writer of movie, for me, the movie shown that, some men or women, will never satisfied with what they're had in their life. And eventually, the greed will consume everything, and left them despair.

Overall, the story was interesting, the acting was good, and it gave audience a good lesson of life.

This film is amazing and takes us on the journey of a person that started out with the best of intentions, but in life, things happen and people make mistakes.

This is a fantastic film and another stand out from JFF Sydney 2014. I can not recommend this film enough as it slowly and methodically narrates this dark story. It is confronting, it is truly worth watching.