Paco and the Magical Picture Book 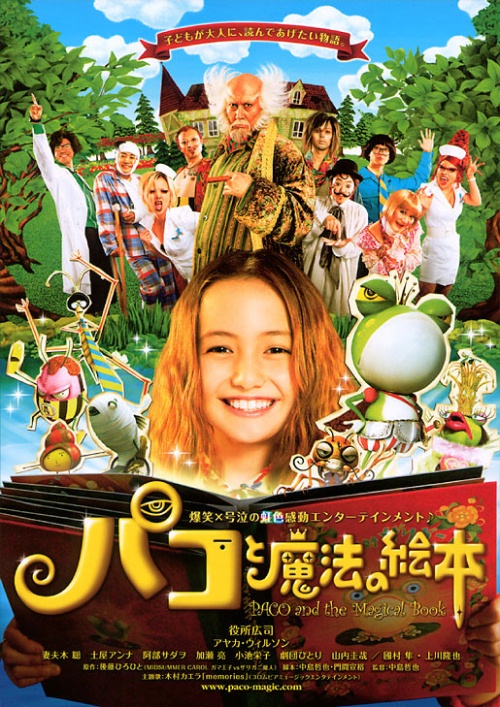 In “Paco and the Magical Book,” a cantankerous old man, Okunuki (Koji Yakusho), collapses during a board meeting and is sent off to the hospital. He grew his company from a small time shop to a mega corporation by having the personality of a pit bull. At the hospital, Okunuki is put off by everyone around him. The cast of characters include a transvestite, a former child actor now a suicidal adult, and a scarred man shot from a mysterious bullet. He then comes across young Paco (Ayaka Wilson). The cheerful young girl asks Okunuki to read out loud her favorite picture book. At first he refuses, but relents after more prodding. What Okunuki doesn’t know is that Paco suffers from severe short term memory loss. After a car accident that killed her parents Paco can only hold new memories for one day.

The next day, Okunuki comes across Paco, but Paco doesn’t recognize Okunuki. Paco again asks Okunuki to read to her, but Okunuki becomes furious believing the girl is playing a child’s prank. When Paco pulls out a lighter that Okunuki mistakenly believes she stole from him, he becomes even more enraged and punches her in the face.

The following day, Okunuki meets Paco again and again Paco doesn’t recognize him. Okunuki then realizes that girl wasn’t playing a prank and for the first time in his life he starts to feel guilt. But is it too late to make amends? 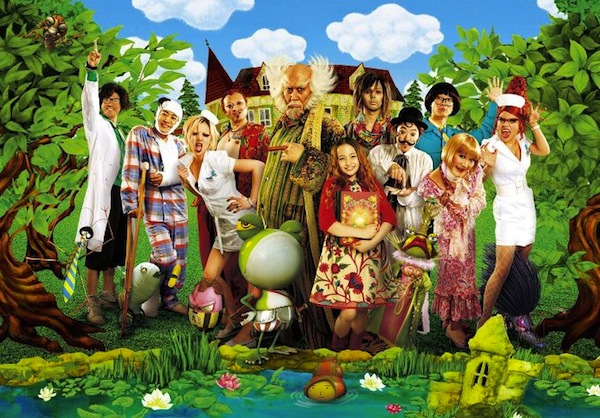 Ki May 18 2009 12:15 am Tetsuya Nakashima certainly made a splash with his 2006 film “Memories of Matsuko.” That movie delivered a sensory experience like so few others have before and packed an emotional punch that most plain-jane tearjerkers could only dream of having. Since that time anticipation for his next film grew precipitously, especially so when it was revealed his next film would be “Paco and the Magical Book” - a fairytale like story set in a mental institution. The possibilities of what Tetsuya Nakashima could accomplish in this setting seemed boundless. Having a cast of Koji Yakusho, Satoshi Tsumabuki, Akkna Tsuchiya, Sadao Abe, and Ryo Kase also made the film seem like a can’t miss prospect. In theory at least.

While the setup seems like a marked departure from "Memories of Matsuko," when you watch "Paco & The Magical Picture Book" you can't help to immediately think of "Memories of Matsuko." Nakashima reuses all of the same techniques from Matsuko but with more intensity. Faster edits, more bizarre characters, more color, more everything. The narrative also unfolds through flashbacks, with the story told by a family member. All of this ends up giving the movie a feeling of listening to a 33rpm record on 45rpm speed. Satoshi Tsumabuki is always screaming or crying, the camera suddenly zooms in on Anna Tsuchiya's angry punk-goth face, Sadao Abe and his handlebar mustache quickly jumps onscreen and off, and sweet little ole' Ayaka Wilson repeats the same lines over and over. Because of this, the connection between any one character and audience becomes distant at best. Koji Yakusho does give a fine performance and is nearly unrecognizable in his Albert Einstein meets Bozo the Clown garb, but just about everything else becomes lost in translation (and this is coming from someone that didn't find Mika Ninagawa's "Sakuran" overbearing ).