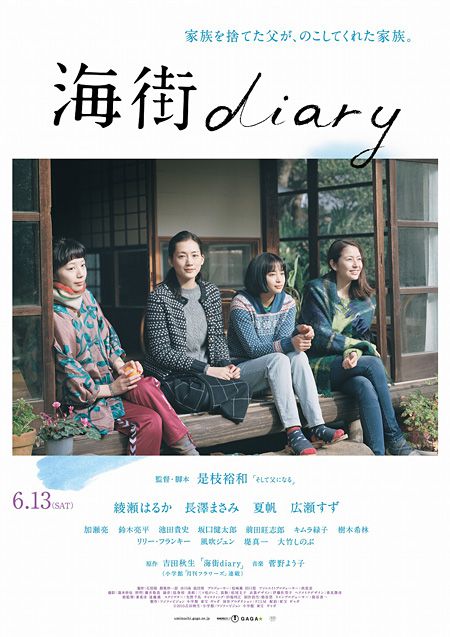 There are three sisters: 29-year-old Sachi Kouda (Haruka Ayase), 22-year-old Yoshino Kouda (Masami Nagasawa) and 19-year-old Chika Kouda (Kaho). They live at a house in Kamakura, Japanese. Their house was left by their grandmother.

At the funeral, they meet their stepsister Suzu Asano (Suzu Hirose). She is 14-years-old and there are no one to take care of her. Oldest sister Sachi invites Suzu to live with them. 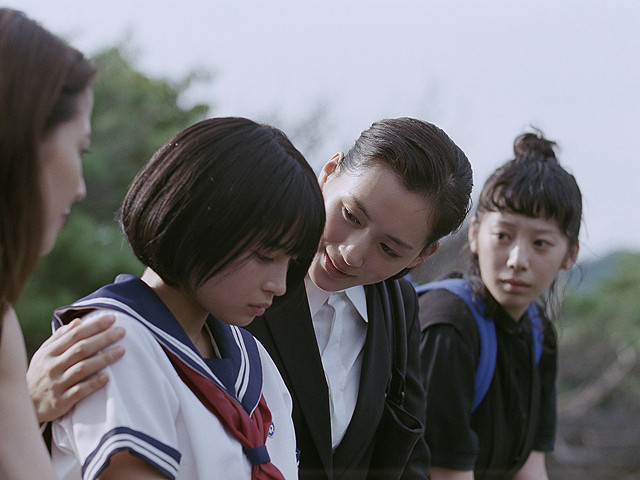 WonderfulCastEver Jun 19 2018 9:00 am The casts are so amazing! The story is so healing and heart-warming. The interaction between the 4 leads is so real. Totally love this movie! (Plus Hirose Suzu's so cute~)

Al Jun 03 2018 6:45 am The issue taken in this movie is sensitive, but the casts and people involved in filming this movie can create such beautiful and heartwarming story. I'm really impressed by this movie. It's a rare sight in a while

Hyeongnam Apr 01 2018 5:39 am Just beautiful though sad that the entire Kouda family structure was so fragmented. The sisters managed to maintain a semblance of a functioning family and how they relate to each other is quite the thing to behold—heart-warming and poignant.

bluelysia Jul 21 2016 10:10 am at first, I just love the casts.. Ayase, Masami, and Kaho!! Suzu is cute too, first time I know her.. but I imagine Yoshino not as young as 22 lol.. I think she suited more to be 25 or something Anyway, the story is so touching and heartwarming.. Wish I have older sister, especially like Sacchan...

suzu and tomaki my fav Apr 05 2016 10:19 pm what is the relazionsihp between tomoaki and sisters?

Mikado Mar 06 2016 2:51 pm One of the best japanese movie ever seen of all my life ! Casting and directing are perfect.

bananaaaaaa Jun 23 2014 12:08 pm sounds interesting..looking forward to watch this soon.. ganbatte Masami-san and all the rest of the cast d^_^b

bananaaaaaa Jun 23 2014 12:06 pm sounds interesting..looking forward to watch this soon.. ganbatte Misawa-san and all the rest of the cast d^_^b