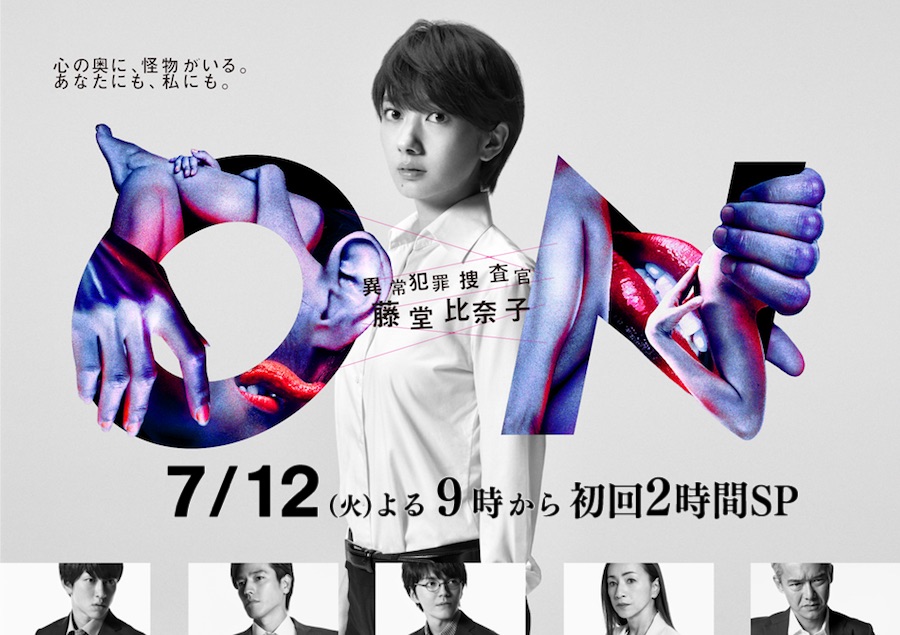 Hinako Todo (Haru) is a rookie detective assigned to the #1 investigation team at the Tokyo Metropolitan Police Department. She became a detective, because she wants to find the boundary between people who kill and those that do not.

She always carries with her a shichimi (pepper powder) bottle which was left by her late mother. She sprinkles the shichimi onto everything she eats. One day, Hinako and her colleague detectives go to an area where a body was found. The case is presumed to be a suicide case, but the dead man is a suspect in an unsolved murder case. The man died in the same manner as the victim in the unsolved murder case.

Draco Sep 20 2016 3:01 pm ace - your comment made me laugh because amongst me and my friends who watch jdramas, Yokoyama Yu is known as 'punchy face man' for exactly the same reason! (Not by me, though - he's my absolute favourite actor/idol, but it amuses me all the same.)

I did like ON but I think it's pretty mediocre. The overall plot was interesting, but I think it was told in a disjointed way which made it a bit confusing at times. I found the characters interesting and I would have liked to have learned more about their personalities and backstories, especially since parts of the plot relied heavily on their personalities, but I guess there's only so much you can fit into a 45 minute episode.

ace Aug 26 2016 6:56 am Pretty decent police drama. Bit far fetched at times but that is part of its charms, I suppose. I like the cast too but for one notable exception. Everyone has an actor or actress that they just simply cannot stand. For me it is Yokoyama Yu. I'm not one for judging by appearances. Either good or bad. Hell, I vote 100 on everybody, no matter how they look. Be they tall, short, young, old, pretty, handsome or ugly as all get-out, I still vote 100. But something about the way Yokoyama Yu's bottom lip protrudes all the time makes me want to hit him. It is so distracting. Especially in a show like this were he is playing a consistently disagreeable a-hole. Still and all, he is not in every scene and I like the rest of the cast. And as I said, pretty decent police drama.