No Tears for the Dead 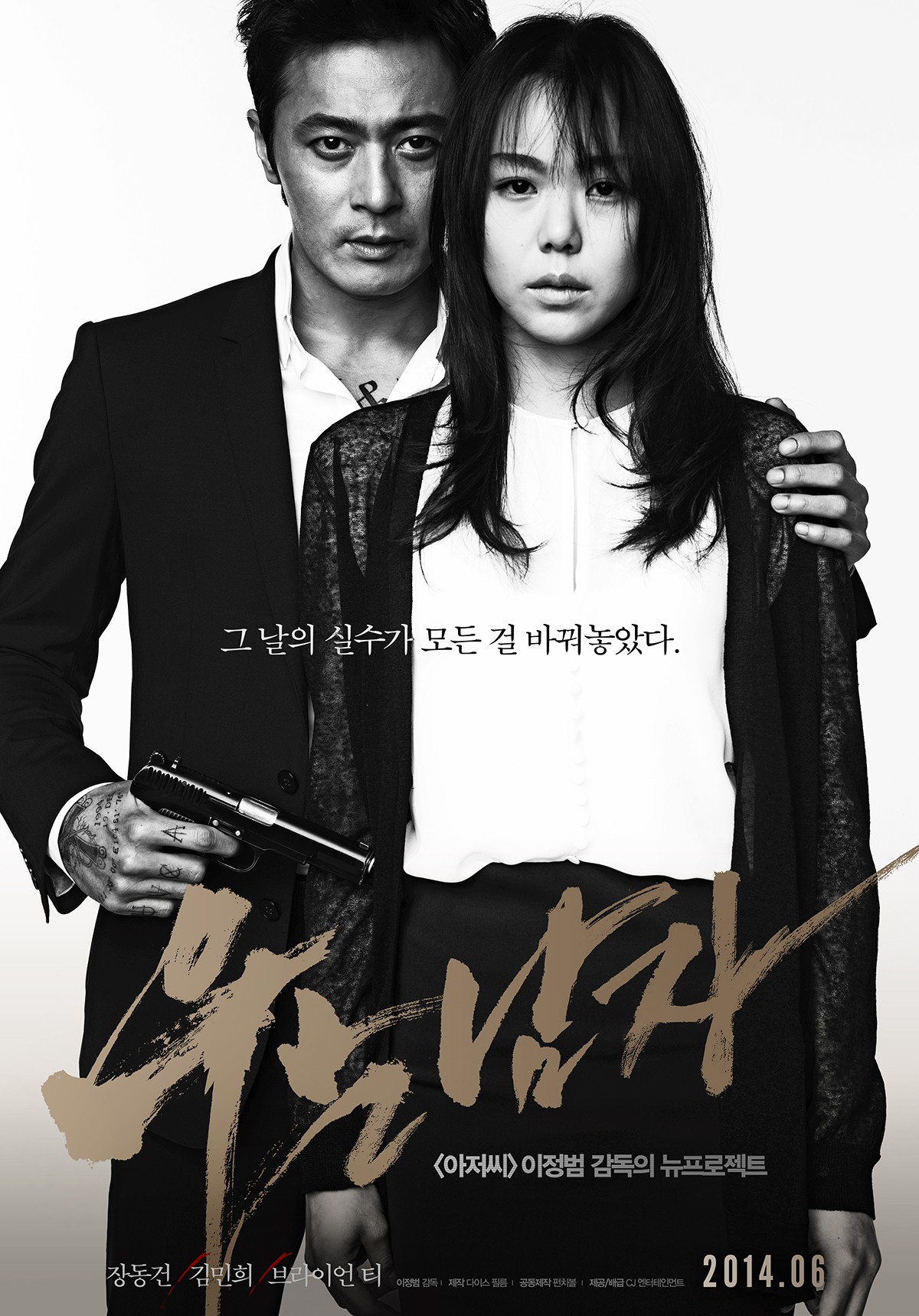 Gon (Jang Dong-Gun) is an assassin-for-hire in the United States. A job goes terribly wrong and he begins feeling regret for everything that he has done.

He is then hired for a job in South Korea. His next target is a woman (Kim Min-Hee) who recently lost her husband and daughter. 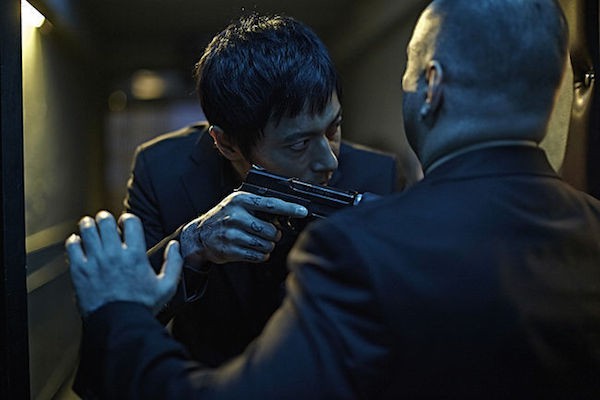 Renda Aragus Sep 07 2016 4:59 pm Howdy very nice site!! Man .. Beautiful .. Wonderful .. I will bookmark your website and take the feeds additionally¡KI am glad to seek out so many helpful info right here within the publish, we’d like develop extra techniques on this regard, thank you for sharing. . . . . .

Wulan Jun 12 2016 10:36 am Just finish watched this movie. No comment for the action, it's great and I like Jang Dong Gun English, he speak English very good, I like his accent and the way he talk in English like a foreigner. by the way, is it only me or not, why I think Jang Dong Gun here looks like Daniel Wu, especially his eyes, they way he look really looks like Daniel Wu, with that eyes and hair. didn't mean anything, just wonder is there anyone who think the same like me. For all, this movie is cool, even though i think there are too many gun fire unlike in Ahjussi, but the action and the acting of Jang Dong Dun still great. Hope there would be another good movie like this again.

randomdhi Jan 11 2016 10:19 am I knew this movie since its released but since seeing movies like ahjussi, beast, secretly greatly, or the raid, i become too selective in choosing action movies. i stumbled upon BTS of ahjussi while looking for "dear" by mad soul child because i overheard it on tv today and got curious what other movie got directed by the man behind ahjussi and found out NTFTD is his latest work. No clue what to expect, i suppose it'd be difficult to beat his masterpiece anyway but I give it a shot.. And if you like action movies with style like ahjussi or the raid, the ones with gory-bloody, asskicking, fistfighting, bonecrunching, and stuffs like those, you'll like this one also.. How to differentiate the thrill? Well, in ahjussi it's like riding a roller coaster; it intensifies near the end, while in NTFTD, it's like playing paintball with your friends; it spans out throughout the movie, eventhough the finale battle is still fcking awesome.. I don't think the feels would hit me at the end but damn...

Aj Apr 26 2015 10:37 am Another great action film from the director of the brilliant Man from Nowhere.

It is a Benelli M4. It is a semi-automatic shotgun that the military (including special forces) use. It fires 5+1 amount of rounds.

Saber Noble Mar 01 2015 4:36 pm Great flick. Scooped up the blu ray of it, because I've probably watched The Man From Nowhere a hundred times. TMFN was incredible, and this is solid too. Different vibe, different energy, but those are all good things. Different is good...does anyone know why we're watching a pump action shotgun go off, with maybe 30 on screen shotgun blasts, and rarely do we ever see anyone pump the action of it? Is it some knew shotgun or something that never needs the next shell chambered? I mean, wtf? Just show me some pumps, some shell casing eject, ya know? I'm watching these stunning scenes and the dudes are bangin pump action shotgun rounds off like its a rifle or something blik blik blik...it goes: blik, chicka, blik, chicka, blik chicka. And I don't want to get into the accuracy of gunplay in films but if it's pump action shotgun time then there should be a bit of PUMP ACTION SHOTGUN WORK in it y'all maybe I'm just drunk

Nubia Feb 22 2015 1:07 am Hey,does anyone know the name of the song played in the Teaser,a girl sang it.It's beautiful .Please tell me ,thanks

Momo Kido Jan 22 2015 1:44 pm When I watched the first time I don't know what did it mean,then I watch again and again,more than six times,every time I can get some new view about it,there are many moving details in it and I like them very much.The MV of it from Kaohsiung Films Festival ，the music in it is great,a girl sing it,her voice has sorrow and sounds long,who can tell me what's the tune's name????!!!!!

Song1993 Jan 06 2015 3:36 pm I have seen the movie "The Man from Nowhere" and even though it is the same director the story is somewhat different. I will not compare them both since I like each of them on their own. In terms of action though I got to say this one had more action scenes.

Naoki993 Nov 12 2014 10:42 am Most people are Wrong about this movie.This movie was Awesome on its way and please STOPPPPPPPP....comparing this to TMFN.Just watch for WHAT IT IS..!! I would say,this is still one of the Better South Korean Film that came out this year along with few others like - Admiral - The Roaring Currents,Broken,Tazza:The Hidden Card etc..etc..!! Though most are crap like The Huntresses,For the Emperor

Lena Xiong Oct 11 2014 9:49 pm Just got done watching it and I am disappointed. The plot doesn't even make sense and all over the places. Jang Dong-Gun is so hot though. His scenes were the best!! Kim Min-hee was pretty useless.

Years apart - fly to the sky

deekshha Jun 09 2014 2:21 pm Haha I thought I got the "Ahjussi" feeling somewhere, turns out it's the same director

ice kay Jun 18 2013 12:52 am sounds like that hollywood movie, Crying freeman who had Mark Dacascos as their lead actor..