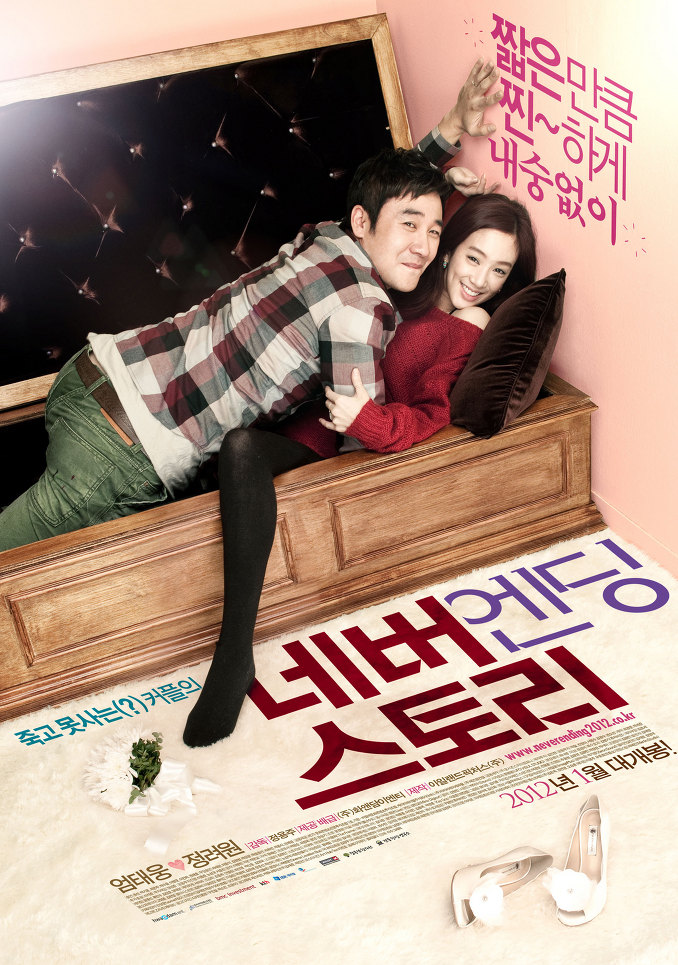 Dong-Joo (Uhm Tae-Woong) is a quite guy and a romanticist. Throughout his whole life he hasn't worked very much. Dong-Joo live's with his younger sibling and only plan seems to win the lottery. One day, Dong-Joo is diagnosed with a terminal illness.

Song-Kyung (Jung Ryeo-Won) is a 28-year-old bank teller. She meticulously has a plan for everything. One day, she is suddenly she is diagnosed with a terminal illness. After that, Song-Kyung makes changes in her plans and prepares for her own funeral.

Dong-Joo then meets Song-Kyung who seems to be a polar opposite from him. Dong-Joo starts to plan out the rest of his life. Song-Kyung takes Dong-Joo out on a date ...

used astra espresso machine sale Jun 28 2014 10:07 pm Great article, this one got all covered. Nice article, everything has been explained well.

One of the best articles! All my questions about the subject got covered!

MsGB Jul 07 2012 2:21 pm Right now I'm watching Bridal Mask and I can't believe that is Park Ki Woong! The characters are so different. Such a great actor!