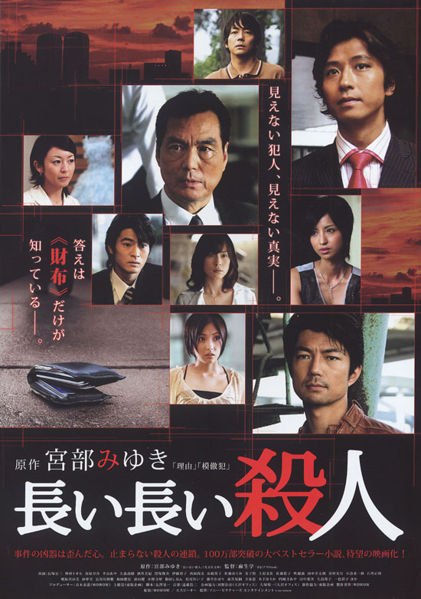 A man’s body is found in the suburbs of Tokyo. The dead man was hit by a car and his head beaten by the reckless driver after the accident. The dead man had a wife named Noriko (Yuko Ito). She likes fancy things and she has a lover named Tsukada (Shosuke Tanihara). It's also learned that the dead man was insured for 300 million yen.

The media and the public look at Noriko and her boyfriend Tsukada with suspicion, but they have perfect alibis. Then, Detective Hibiki (Kyozo Nagatsuka), who is in charge of the case, and Private Detective Kono (Toru Nakamura) become involved in a series of mysterious murder cases.