Moribito: Guardian of the Spirit 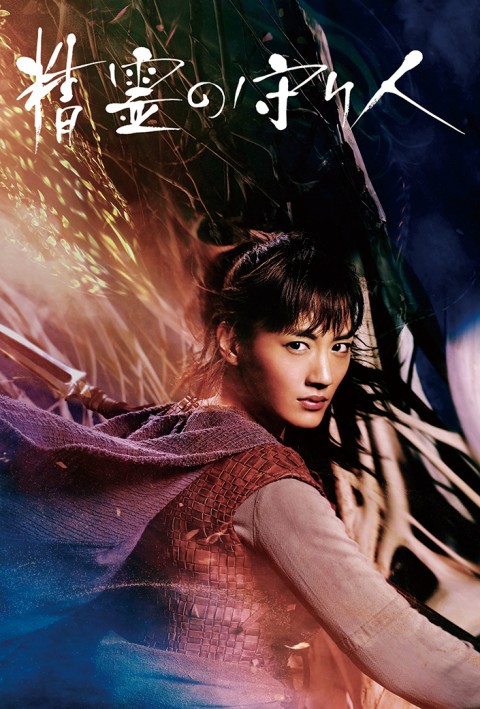 Balsa (Haruka Ayase) is a 30-year-old female bodyguard-for-hire. Her life changes when she saves Imperial Prince Chagum who is being carried away by a raging river. They then attempt to return the great egg of the water spirit, which is in Prince Chagum's possession to its source in the sea. Along the way, they are hunted by hired assassins.

leviosaelm Feb 17 2018 1:58 am What rubbish, Anime isn't cartoon. little kids won't understand or appreciated the anime very well, it was a little complex for little kids, more like for teenagers.

Secondly it was a novel first, if anything its based at a novel.

For example comics (batman, superman etc...) They made them into movies and cartoons that even adult watch. And I would never consider it for little kids because everyone can watch what they want. Age does not matter.

So I find that offensive for you to talk about anime like it's something childish and that is something that an actress is to good for.

As for the anime of this I LOVED it. But I watched the sub I refuse dubs. The voice acting and word changes can be so weird.

riri Apr 24 2016 12:17 am The anime series wasn't great...really??! Really?? Maybe you were watching English dubs, which usually butcher the characters. The awesome Nahoko Uehashi novels came first, and the anime was just the first of many stories. I wish they would have produced more anime series like they wanted to back then. I'm not sure it will translate into live-action if it's looking like this. Ayase Haruka is great, but some of the casting are just bizarre choices, and the makeup looks cheesy (I mean, wth is up with Tanda, Torogai?! ehhh). And the fake tans what.

aqua Mar 26 2016 12:16 pm for you who doesn't know, the original, moribito is a great series of novels. it's intended for younger readers, however, it received much appraises from adult readers too, proving that everyone can enjoy the stories regardless of the age.

it was adapted to anime before. i watched it too and personally love it. and i'm no kid. i read the novels too. thus, for people who doesn't know the originals or haven't watched the anime adaptation, they don't have the right to insult them. i mean, with your logic, you'd say scarlett johansson was stupid to act in avengers movies? (i'm talking to you, wawa).

however, i'm not necessarily saying this is a good drama. i watched two episodes so far, and i'd say i'm disappointed. as usual, live action adaptation tends to fail miserably. like what happened with shingeki no kyojin. so, my advice, dont blame the original. it has nothing to do with it. if you want to blame, blame the drama production

wawa Mar 22 2016 3:03 am omg, why in the world would ayase choose to do something like this. she is a super actress, fairly certain she has limitless choice of scripts to pick from??!

HANASUKIHIME Sep 21 2015 9:38 pm Honto ni? is this true? OMG...Can't wait to see this..hopefully the episode much longer than the everage japanese drama episode.

Q Mar 01 2015 1:46 pm ooOMGGG !! She'ss gonna act as BALSAA!! I didnt know they were gonna make a live adaptation of it! OMG i just watched it(the anime adaptation) like recently.. and heree. she is gonna act as balsa TT Im just so shocked/surprised man.. I CANT WAITTT!!

Gil Feb 07 2015 4:45 am cant wait. the original is great so i'm expecting alot since balsa is a buff female so i hope ayase chan will be hitting off the gym real hard ganbatte!!