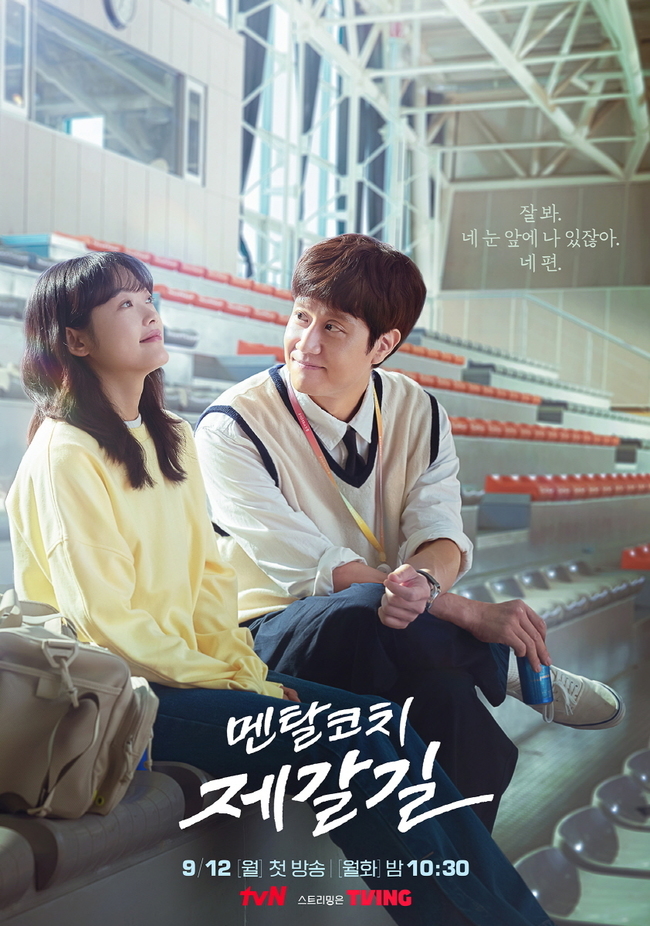 Jegal Gil (Jung Woo) was a member of the national taekwondo team, but he caused an unprecedented trouble that led to his ban from the team. Now, Jegal Gil enters the athlete's village for the national team as a a mental coach. He begins to work with the athletes, including Cha Ga-Eul (Lee Yoo-Mi). Cha Ga-Eul is a short-track speed skater. She won a gold medal at the world championships, but she is currently mired in a slump. She rarely shows her emotions to others.

Meanwhile, Jegal Gil is hostile to Ku Tae-Man (Kwon Yool), who is the director of the human rights center of the athletic association. Ku Tae-Man was also a member of the national taekwondo team and he is the one who changed Jegal Gil’s life. Ku Tae-Man is highly competitive and prioritizes results over anything else. Park Seung-Ha (Park Se-Young) is a counselor at the athlete's village and she works with Jegal Gil.

Sorry Sep 27 2022 6:22 pm Too many negative characters its effecting my mental health so in out of this show now

Almaaakbar Sep 25 2022 8:58 am Mental coach is underrated drama. Many people should watch it love park seyoung in this drama

Jiyeongie Sep 23 2022 7:36 am Still can’t believe this is lee yoomi’s first main lead project. Her acting is beyond amazing here, just like her other works. Can’t wait for the next episodes

Alexia Balcazar Sep 16 2022 2:06 pm With only two episodes, I can say that this drama has a lot of potential, starting because it is the first time that Korea has made a short track speed skating drama, also the plot of mental health in athletes, the psychological and physical abuse they suffer and all the corruption that exists in sports is a topic that it is necessary to talk and by the way I love how at times we have serious, funny and then sentimental moments

Iwanz Sep 15 2022 4:24 am I watched two episodes, damn the main story is really good. I love the female main character, it is her first main drama but she can deliver her dialogue and emotion really good. This is about sport and healing, more than that it is about training your mental

Annisya Sep 07 2022 5:42 am Can't wait to see park seyoung after 3 years hiatus. I hope PD and screenwriter treat her well and she has important role in this drama. Hope she get a great proportiob of screentime among jung woo , lee yoo mi and kwon yul

Baenana Sep 01 2022 5:21 am woah jang seonoh from insider will act in this drama. I hope the character is interesting