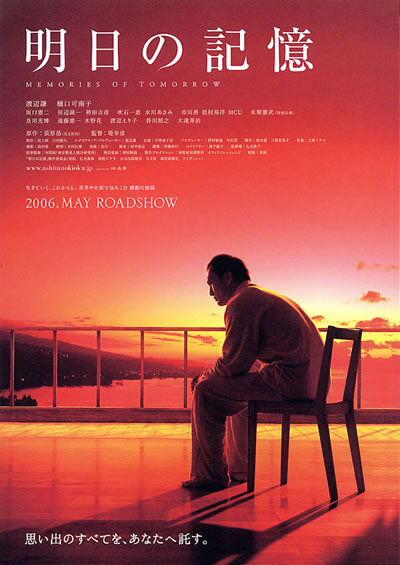 Saeki, a sales manager of an advertisement agency, turns 50 this year. His strong leadership abilities have brought love and respect from everyone he works with. Since his job is demanding, he has always relied on his good health, but lately, has become rather forgetful and blames it on his age. His only daughter's wedding is nearing, and shortly after he will become a grandfather. He is looking forward to enjoying his Golden years as this new chapter of his life begins. One day, he is struck with a sudden physical downturn that starts impeding his work. He goes in for a precautionary checkup where, to his dismay, the doctor diagnoses him with "Early Onset Alzheimer's disease". He and his wife, Emiko, are daunted with unspeakable fear and sorrow, as he will gradually but certainly lose his memory. As they start their fight against the disease, the couple desperately hopes that Saeki "will be able to work until [his] daughter's wedding." Nonetheless, the disease mercilessly destroys his memory, little by little.