Mapado 2 : Back To The Island 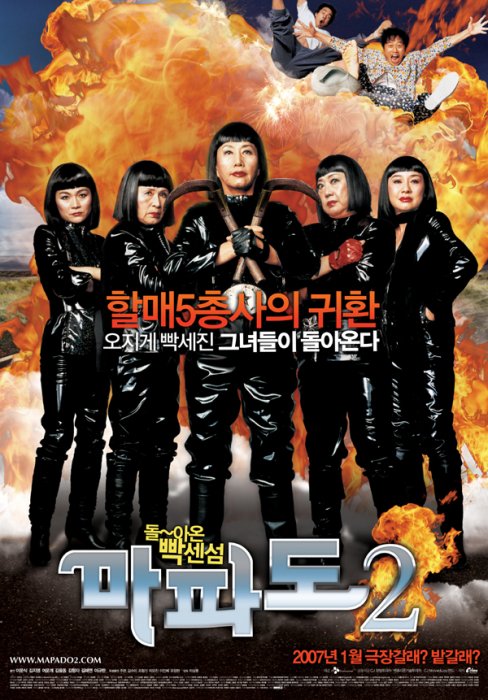 Detective Chung-su takes a secret mission from a dying president of a big company. The businessman wants to see his first love before he dies.The only information the detective has is that the man’s first love’s name is Kkotnim and she now lives on an island called Tongbaek, off one of the country’s southern ports.

He rides on a private boat to the island with an anonymous passenger, dreaming of the big bucks he will get when he completes his mission.But the boat is wrecked in a fierce storm, and Chung-su and the passenger find themselves lying on the shore of a strange island.

In the struggle to escape from the island, Chung-su meets up with the same five strong-willed grandmothers who had given him trouble two years ago in the original, and he realizes that he is back on Mapado Island.Later, he finds out that the island used to be called Tongbaek, which leads him to think that one of the five grandmothers must be Kkotnim. Now he begins to investigate the grandmas’ past love stories.