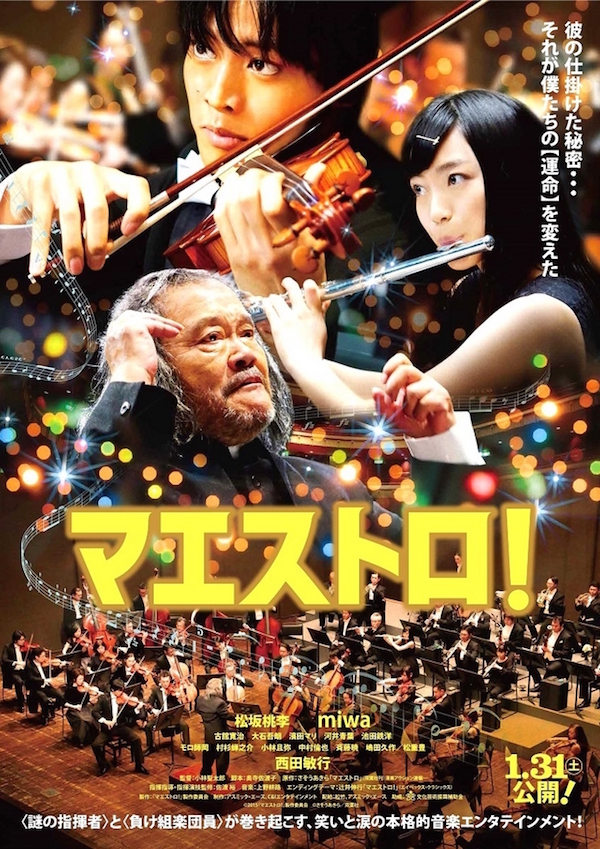 Hahnecho Jun 19 2015 9:45 am I second Dantilona's review. It has an element of a typical Japanese tear-jerker but a great film, nevertheless. I enjoyed it and I am not a movie nut.

Dantilona May 26 2015 12:09 am This is a brilliant film, deeply moving and giving rich insights into Asian culture, both teaching and relationships. What kinds of risks do leaders take to turn around a second-rate orchestra (company, university)? Can they learn from their mistakes if they are pushing too hard, or misjudging how to work with an individual or a group? What determines the approach that will work best for an individual or a group with a specific cultural heritage? How acceptable are different approaches to bringing out the best in people according to their culture and what it accepts? There is a perfect coincidence between the intent of the two principal players and the results produced, despite the antagonism that keeps the audience in suspense as to how and whether this situation can be resolved. Sound of the music and cinematography are gorgeous. The acting is expressive (facial gestures tell everything) and the interplay of youth and age and talent fascinating. This has to be an Oscar nomination for best foreign film of 2015, and it could stand as one of the great movies of all time.